The use of pain reliever paracetamol when pregnant is linked to reduced sex drive and aggressive behaviour in males, finds study.

Taking paracetamol during pregnancy might damage the development of male behaviour.

Although paracetamol is usually considered safe during pregnancy, a new research from the University of Copenhagen in Denmark suggests that if you are pregnant, you should think twice before popping these pills as their use is linked to reduced sex drive and aggressive behaviour in males. In an animal model, the use of the popular pain reliever paracetamol was found to damage the development of male behaviour, according to a paper published in the journal Reproduction.

The researchers said that the dosage administered to the mice was very close to the recommended dosage for pregnant women. But they cautioned that because the trials are restricted to mice, the results cannot be transferred directly to humans. However, the researchers’ certainty about the harmful effects of paracetamol means it would be improper to undertake the same trials on humans, explained David Mobjerg Kristensen, who was associated with the University of Copenhagen during the study.

Paracetamol can inhibit the development of the male sex hormone testosterone in male foetuses.

“In a trial, mice exposed to paracetamol at the foetal stage were simply unable to copulate in the same way as our control animals. Male programming had not been properly established during their foetal development and this could be seen long afterwards in their adult life. It is very worrying,” Mobjerg Kristensen, now associated with the Institut de Recherche en Sante, Environnement et Travail (IRSET) in France, said.

Previous studies have shown paracetamol can inhibit the development of the male sex hormone testosterone in male foetuses, thus increasing the risk of malformation of the testicles in infants. But a reduced level of testosterone at the foetal stage is also significant for the behaviour of adult males, Mobjerg Kristensen added. Testosterone is the primary male sex hormone that helps develop the male body and male programming of the brain. The masculine behaviour in mice observed by the researchers involved aggressiveness towards other male mice, ability to copulate and the need for territorial marking.

“We have demonstrated that a reduced level of testosterone means that male characteristics do not develop as they should. This also affects sex drive,” Mobjerg Kristensen said. But even if paracetamol is harmful, that does not mean it should never be taken, even when pregnant, the researchers said. “I personally think that people should think carefully before taking medicine. These days it has become so common to take paracetamol that we forget it is a medicine and all medicine has side effects. If you are ill, you should naturally take the medicine you need. After all, having a sick mother is more harmful for the foetus,” Mobjerg Kristensen noted.

According to Britain’s National Health Service (NHS), “paracetamol is usually safe to take” during pregnancy. Kristensen emphasised that pregnant women should continue to follow the guidelines given by their country’s health authorities and recommends people to contact their GP if in doubt about the use of paracetamol 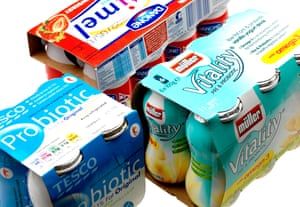 Fans of probiotic drinks and foods may be wasting their money, according to a review of current research into the supplements that suggests they may be of no benefit to healthy adults.

A Danish team looked at the results of seven trials of the products – often sold as milk-based drinks, biscuits, sachets, or capsules – and found no evidence they changed the composition of faecal bacteria in healthy adults.

Online blogs and magazines have helped spur a trend for lacto-fermentation of foodstuffs by touting a range of purported health benefits, such as improved digestion and resistance to infections.

Oluf Pedersen, who led the research at the University of Copenhagen, said: “While there is some evidence from previous reviews that probiotic interventions may benefit those with disease-associated imbalances of the gut microbiota, there is little evidence of an effect in healthy individuals.”

In-depth clinical trials would be needed to explore whether probiotics can help people avoid getting sick, he added.

Probiotics are live microbial food ingredients – sometimes labelled “friendly bacteria” – that are said to provide the consumer with numerous health benefits by improving the intestinal microbial balance. They are often made by introducing live bacterial cultures to everyday foodstuffs, which metabolise sugars as they multiply and leave them with a sour, fresh flavour. Aside from branded products specifically marketed as probiotic supplements, such foods include plain yoghurt, sauerkraut, miso and kefir.

Advocates claim they can help with digestive health, allergies, immune response and obesity. Previous research has suggested that in some cases, such as where diarrhoea has arisen from antibiotic use, probiotics can have a therapeutic effect.

But when Pedersen and his team reviewed seven randomised controlled studies that investigated whether a daily probiotic supplement had any effect on the microbial composition of healthy adults’ faeces, only one showed significant changes. 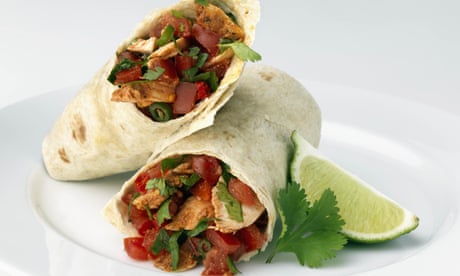 Nadja Buus Kristensen, a PhD student and junior author of the study, said: “According to our systematic review, no convincing evidence exists for consistent effects of examined probiotics on faecal microbiota composition in healthy adults, despite probiotic products being consumed to a large extent by the general population.”

Studies included in the review had sample sizes ranging from 21 to 81, and included participants aged 19 to 88 years old. The Copenhagen team noted that the real impact of the probiotics may have been masked by small sample sizes and the use of different strains of bacteria and variations in participants’ diets, among other factors.

Pedersen said: “To explore the potential of probiotics to contribute to disease prevention in healthy people there is a major need for much larger, carefully designed and carefully conducted clinical trials.

“These should include ideal composition and dosage of known and newly developed probiotics combined with specified dietary advice, optimal trial duration and relevant monitoring of host health status.”

Their findings are published in the online journal Genome Medicine.

Many seemingly unrelated scientific techniques, from NMR spectroscopy to medical MRI and timekeeping using atomic clocks, rely on measuring atomic spin – the way an atom’s nucleus and electrons rotate around each other. The limit on how accurate these measurements can be is set by the inherent fuzziness of quantum mechanics. However, physicists in Spain have demonstrated that this limit is much less severe than previously believed, measuring two crucial quantities simultaneously with unprecedented precision.

Central to the limits of quantum mechanics is the Heisenberg uncertainty principle, which states that it is not possible to know a particle’s position and momentum with absolute accuracy, and the more precisely you measure one quantity, the less you know about the other. This is because to measure its position you have to disturb its momentum by hitting it with another particle and observing how the momentum of this second particle changes. A similar principle applies to measuring a particle’s spin angular momentum, which involves observing how the polarisation of incident light is changed by the interaction with the particle – every measurement disturbs the atom’s spin slightly. To infer the spin precession rate, you need to measure the spin angle, as well as its overall amplitude, repeatedly. However, every measurement disturbs the spin slightly, creating a minimum possible uncertainty.

The alternative approach suggested by Morgan Mitchell’s group at the Institute of Photonic Sciences in Barcelona, could circumvent this problem. The spin angle, they say, is in fact two angles: the azimuthal angle (like longitude on the Earth’s surface) and the polar angle (like latitude). To measure the precession rate, you need only the azimuthal angle. Therefore, by loading as much uncertainty as possible into the polar angle, you can measure the two quantities you need – the azimuthal angle and amplitude of the spin – and therefore measure the spin precession rate much more accurately than previously thought possible. ‘There are experiments that people are doing now that people expect to be limited by the Heisenberg uncertainty principle which in fact are not,’ says Mitchell.

Actually achieving this in practice, however, proved extremely difficult. The team cooled down a cloud of atoms to a few microkelvin, applied a magnetic field to produce spin motion and illuminated the cloud with a laser to measure the orientation of the atomic spins. ‘Not all the technologies we used for the experiment existed when we started,’ says Giorgio Colangelo, another member of the research team. ‘We had to design and develop a particular detector that was fast enough and with very low noise. We also had to improve a lot the way we were preparing the atoms and find a way to efficiently use all the dynamic range we had in the detector.’ The researchers hope that atomic timekeeping and nitrogen-vacancy magnetometry, which uses the precession of nitrogen defects in diamonds to measure magnetic fields, may benefit from the techniques unveiled here in the next few years. ‘We really hope that, in the long term, magnetic resonance techniques such as NMR and MRI may benefit, but right now they are limited by some other effects,’ says Colangelo.

Eugene Polzik of the University of Copenhagen in Denmark is impressed: ‘It sets a new and clever way of measuring certain magnetic field disturbances using an ensemble of quantum spins,’ he says. ‘It would be easy for me to look at this and say “Oh, yes, right: it doesn’t contradict quantum mechanics,” but to figure out how to achieve this, to understand how relevant it is and under what circumstances it is relevant – this is an excellent and elegant development.’

In an observational study with limitations, statin use by cancer patients was associated with lower 3-year mortality.

Among nearly 300,000 people who received cancer diagnoses between 1995 and 2007, 6% had used statins regularly before and after their diagnoses. During average follow-up of 3 years (but as long as 15 years in some cases), two thirds of the patients died. In analyses adjusted for several confounding variables, statin use was associated with a significant 15% drop in all-cause and cancer-related deaths. Mortality reductions were noted for most cancer types (although differences did not reach statistical significance for every type).

Comment: This observational study suggests that statins might influence tumor growth favorably in patients with cancer. In contrast, a recent meta-analysis of randomized trials showed that statins did not increase or decrease the incidence of cancer (PLoS One 2012; 7:e29849). An editorialist notes that the current analysis could not be controlled for several potentially important confounding factors and recommends caution in interpreting the findings. Until these results are confirmed or refuted by additional research, clinicians will have to decide whether to apply them to cancer patients; at the least, one might argue that patients who already are taking statins (and tolerating them) at the time of cancer diagnosis should continue.