A drug that can give women suffering from incurable advanced breast cancer an extra 16 months of life has been approved for general use in the NHS in England after a price cut was negotiated with the manufacturer.

The decision by Nice, the National Institute for Health and Care Excellence, to give the green light for NHS doctors to use pertuzumab, sold under the brand name of Perjeta by the Swiss drug company Roche, was enthusiastically welcomed by breast cancer charities. 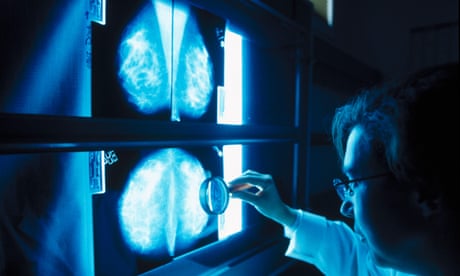 Baroness Delyth Morgan, chief executive of Breast Cancer Now, said the benefits of the drug for patients with the aggressive form known as Her2-positive breast cancer were extraordinary.

“This is the best news patients with Her2-positive breast cancer and their doctors could have hoped for,” she said. “Perjeta is a truly life-changing drug and we are absolutely delighted and relieved that Nice has finally been able to recommend it for routine NHS use in England.”

Perjeta had been too expensive to be considered for NHS use by Nice, which approves or rejects drugs on the basis of cost-effectiveness. But recently NHS England has begun to intervene with the manufacturers over the fraught issue of the prices of new drugs. Last November, it announced it had struck a deal with Roche.

“While a long time coming, we’re thrilled that tough negotiation and flexibility by NHS England and Nice, and the willingness of Roche to put patients first and compromise on price, has again ensured thousands of women can be given more time to live,” said Morgan.

“While Perjeta will now continue to be the gold standard of care in England, it has never been routinely available in Scotland, Wales or Northern Ireland. This is the most effective breast cancer drug in years and we must urgently see equality in access for NHS patients across the UK,” she said. She called for other countries to negotiate a deal with Roche.

Roche said the decision ends several years of uncertainty over a drug that is approved for use in 19 other European countries including France, Italy and Spain. “We are extremely pleased that due to the collaborative approach Roche, NHS England and Nice have taken, Perjeta will now be routinely funded on the NHS for eligible patients with advanced breast cancer,” said Richard Erwin, general manager of Roche Products Ltd.

Nice decided not to approve a second drug for advanced breast cancer, fulvestrant, sold under the brand name Faslodex, which slows its progress by suppressing the hormones that feed it. Samia al Qadhi, chief executive of charity Breast Cancer Care, said “This closed door will be a blow to many diagnosed with the cruel disease.”

Myocardial strain imaging and blood biomarkers have been proposed as adjuncts to left ventricular ejection fraction (LVEF) monitoring for the early detection of cardiotoxicity during cancer therapy. We report the results of a preplanned cardiac safety analysis of global longitudinal strain (GLS), and troponin-I (TnI) and brain natriuretic peptide (BNP) levels in the phase II study of paclitaxel, trastuzumab, and pertuzumab (THP) for metastatic HER2-positive breast cancer.

Patients with 0–1 lines of prior therapy were treated with weekly paclitaxel (80 mg/m2) plus trastuzumab (8 mg/kg loading dose followed by 6 mg/kg) and pertuzumab (840 mg loading dose followed by 420 mg) every 3 weeks. Exploratory endpoints were GLS measured with speckle-tracking echocardiography every 3 months and TnI and BNP levels measured every 6 weeks (immediately pre- and postchemotherapy infusion) at 6 time points.

The absence of any significant changes in GLS and cardiac biomarkers (TnI and BNP) further support the cardiac safety of THP in patients with metastatic HER2-positive breast cancer.

Dual anti-HER2 therapy with trastuzumab and pertuzumab in combination with taxane-based chemotherapy improves overall survival in patients with metastatic HER2-positive breast cancer. There is a critical need to investigate the potential cardiotoxicity of dual anti-HER2 blockade, given the importance of HER2 signaling in cardiac homeostasis and stress response. Global longitudinal strain and cardiac biomarkers have been proposed as adjuncts to left ventricular ejection fraction for the early detection of cardiotoxicity. In this phase II study of combination trastuzumab and pertuzumab with paclitaxel, no clinically significant change was observed in global longitudinal strain or cardiac biomarkers. These results further support the cardiac safety of dual anti-HER2 blockade previously reported in the CLEOPATRA study. The findings in the current study also call into question the role of intensive cardiac monitoring among patients treated with anti-HER2 therapy in the absence of anthracyclines. Less frequent cardiac assessments could lead to a reduction in unnecessary treatment interruption and is an important consideration given the rise in medical expenditures, but this requires further investigation.

A drug used to treat advanced breast cancer has had what appears to be unprecedented success in prolonging lives in a clinical trial, researchers reported on Sunday.

Patients who received the drug — Perjeta, from the Swiss drug maker Roche — had a median survival time nearly 16 months longer than those in the control group.

That is the longest amount of time for a drug used as an initial treatment for metastatic breast cancer, the researchers said, and it may be one of the longest for the treatment of any cancer.

Most cancer drugs prolong survival in patients with metastatic disease for a few months at most. Metastasis means the cancer has spread to other parts of the body.

“We’ve never seen anything like this before,” said Dr. Sandra M. Swain of the MedStar Washington Hospital Center in Washington, the lead author of the study. “It’s really unprecedented to have this survival benefit.”

The results were being presented on Sunday in Madrid at the annual meeting of the European Society for Medical Oncology. Dr. Swain has been a paid speaker for the company.

Previous analyses of the clinical trial established that Perjeta, known generically as pertuzumab, increased survival by a statistically significant amount. But until now it was not known by how much, because patients had not been followed long enough.

Two experts not involved in the study, Dr. Edith A. Perez of the Mayo Clinic in Jacksonville, Fla., and Dr. Harold J. Burstein of the Dana-Farber Cancer Institute in Boston, said the results were impressive. “Usually we see two months of improvement,” Dr. Perez said.

Perjeta, like the better-known Roche drug Herceptin, or trastuzumab, blocks the action of a protein called HER2, which spurs the growth of some breast tumors. Perjeta is meant to be used with Herceptin for the roughly 20 percent of breast cancers characterized by an abundance of HER2.

Perjeta was approved by the Food and Drug Administration in 2012 and is already considered the standard of care in the United States.

Still, the results could lead to increased use of the drug. Only about half of the eligible women are being treated with the drug in the United States, according to Edward Lang Jr., a spokesman for Roche. And doctors say use is lower in many countries where cost is more of an issue.

In the United States, Perjeta costs about $5,900 a month and Herceptin about $5,300 a month, Mr. Lang said. He said Perjeta was priced lower than some other new cancer medicines because it has to be used with Herceptin. Some recently approved cancer drugs cost more than $10,000 a month.

Roche reported Perjeta sales of 388 million Swiss francs, or about $408 million, in the first half of this year, with about $250 million of that coming from the United States.

The trial, sponsored by Roche, involved 808 patients around the world with previously untreated HER2-positive metastatic breast cancer. Half of them received Perjeta, Herceptin and the chemotherapy drug docetaxel. The other half received Herceptin, docetaxel and a placebo in place of Perjeta.

The median survival time for those who received Perjeta was 56.5 months, or about four and a half years, compared with 40.8 months for those in the control group, a difference of 15.7 months. By another measure, known as the hazard ratio, use of Perjeta reduced the risk of dying 32 percent.

Use of Perjeta delayed the progression or worsening of the cancer only about six months in the trial. Experts said it was not clear why the drug extended lives so much longer than that.

Those receiving Perjeta had higher rates of diarrhea and rash and a lowering of white blood cell counts.

The labels for both Perjeta and Herceptin contain warnings that the drugs can cause cardiac dysfunction and heart failure. But in the study, patients who received Perjeta did not experience any more of these problems than those in the control group.

Dr. Perez and Dr. Burstein, the experts not involved in the study, said in separate interviews that they were also cheered by a nearly 41-month median survival in the control group.

When Herceptin was approved in the late 1990s, people taking that drug lived a median of about 25 months. The experts said doctors now use Herceptin for a longer time and can better manage patients.

CLEOPATRA is a phase 3 study to compare the efficacy and safety of pertuzumab, trastuzumab, and docetaxel with placebo, trastuzumab, and docetaxel in patients with HER2-positive first-line metastatic breast cancer. The results of the primary analysis showed significantly longer median progression-free survival in the pertuzumab group than in the placebo group. Interim analysis of overall survival favoured the pertuzumab group but was not significant. Here, we report results for overall survival after an additional year of follow-up.

The study was a double-blind randomised trial undertaken at 204 centres in 25 countries. Patients with HER2-positive metastatic breast cancer who had not received previous chemotherapy or biological treatment for their metastatic disease were randomly assigned to receive either pertuzumab, trastuzumab, and docetaxel (n=402) or the same regimen with a matching placebo replacing pertuzumab (n=406). Randomisation was in a 1:1 ratio, stratified by geographical region and previous treatment status. The primary endpoint was progression-free survival (assessed independently), which has been reported previously; no follow-up data were gathered for the primary endpoint. Secondary endpoints included overall survival, progression-free survival (assessed by investigator), objective response rate, and safety. Median follow-up was 30 months in both groups. Efficacy endpoints were analysed in the intention-to-treat population and safety was analysed by treatment received. The study is completed but safety and survival data continue to be followed up. This trial is registered with ClinicalTrials.gov, number NCT00567190.

Our analysis shows a significant improvement in overall survival with pertuzumab, trastuzumab, and docetaxel in patients with HER2-positive metastatic breast cancer, compared with placebo, trastuzumab, and docetaxel. Since this effect was not achieved at the expense of adverse events, this regimen represents a substantial improvement on the standard of care for this population of patients.