How do fish breathe underwater? It’s the kind of question children ask. They get their oxygen in the water, we tell them – but sadly, that’s not always true.

The world’s oceans are currently undergoing a dangerous transformation. Scientists have detected vast ‘dead zones’ around the world, where hypoxic water lacks the necessary oxygen for marine life to survive.

This metamorphosis – which has increased more than tenfold since the 1950s – was one of the key mechanisms behind the deadliest mass extinction in history. And now, new research reveals, this suffocating phenomenon is not exclusive to the sea, but is also emerging in freshwater urban streams in the United States.

“We were surprised to find these dead zones are happening in our own backyards, not just in rivers and coastal waters downstream of major point sources of nutrient pollution,” explains ecosystem ecologist Joanna Blaszczak from Duke University.

What they found is that the impact of human activity on the natural environment around rivers and streams affects the ‘flow regime’ of these water courses – thanks to erosion processes lessening flow in times of low flow, leading to increased water stagnancy and pooling.

“Streams draining developed areas are subject to intense, erosive storm flows when roads and stormwater pipes rapidly route runoff into streams during storms, without allowing the water to infiltrate into the soil,” Blaszczak says.

“We found that erosion caused by these intense flows changed the shape of some stream channels to such an extent that water essentially stopped flowing in them during late summer.”

When water stops flowing like this, a stream can effectively become like a series of connected pools of mostly motionless water. That stagnancy comes at a cost: an accumulation of nutrient runoff and organic matter, including nitrogen from leaking sewer pipes, fertiliser, and pet waste.

This heady mix may not seem like healthy fare for stream-dwellers – and it’s not. In half the streams studied, chronically degraded conditions during baseflow periods led to low oxygen concentrations being recorded.

In one such case, the team observed dead fish following a hypoxic period. The dead zones are also a threat to marine life that we can’t see so easily: bacteria and other small organisms that live in these ecosystems, and which depend on a ready source of dissolved oxygen in the water to stay alive.

“Together with the occurrence of hypoxia, this paints a bleak and stressful picture for freshwater organisms that are trying to survive in these urban streams.”

It’s too early to say whether these kinds of results – sourced from just six streams in North Carolina – would be replicated in larger rivers running throughout the US. But the researchers say it’s more than likely.

As the study points out, the features of the streams studied here are not unique, and previous research has already uncovered varying oxygen levels in waterways in places like Illinois and Kansas.

In other words, if we’re not careful with how we affect these natural ecosystems around us, we could see dead zones proliferate throughout them – just like they already do in our oceans.

If that happens, we’ll have bigger problems than figuring out what to tell our kids when they ask us how fish breathe.

“Hypoxia is not commonly assumed to occur in streams and rivers because of stream flow, which typically moves water fast enough to prevent the drawdown of dissolved oxygen by bacteria to hypoxic levels,” Blaszczak says.

“However, dam building and other human alterations that stop the flow of water make these freshwater ecosystems particularly vulnerable to hypoxia with negative implications for biodiversity, especially in rivers already burdened with high nutrient pollution.” 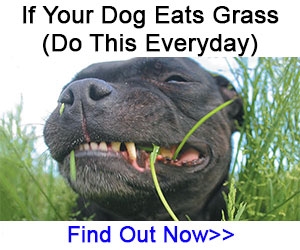 (Natural News) No longer content to tinker with the genetic design of crops and humans, scientists – at the behest of the U.S. Military – are now turning their attention to the world’s oceans. As reported by Defense One, the Pentagon is looking at various ways in which to genetically engineer marine microorganisms into living surveillance equipment capable of detecting enemy submarines, divers and other suspicious underwater traffic.

The Military is also looking at using genetic engineering to create living camouflage in which creatures react to their surroundings to avoid detection, along with a host of other potentially nefarious applications.

While such modifications might appear to offer benefits to national security endeavors, there will be a price to pay – as is always the case when scientists interfere with genetic design. What will the effects of mass genetic pollution be on our oceans, and what irreversible and devastating results may be unleashed? (Related: First GMO ever produced by genetic engineering poisoned thousands of Americans.)

Military officials, who insist that this type of research is still in its infancy, are being supported in their endeavors by the Naval Research Laboratory (NRL).

Defense One explained the research in more detail:

You take an abundant sea organism, like Marinobacter, and change its genetic makeup to react to certain substances left by enemy vessels, divers, or equipment. These could be metals, fuel exhaust, human DNA, or some molecule that’s not found naturally in the ocean but is associated with, say, diesel-powered submarines. The reaction could take the form of electron loss, which could be detectable to friendly sub drones.

“In an engineered context, we might take the ability of the microbes to give up electrons, then use [those electrons] to talk to something like an autonomous vehicle,” explained NRL researcher, Sarah Glaven, who was speaking at an event hosted by the Johns Hopkins University’s Applied Physics Lab. “Then you can start imagining that you can create an electrical signal when the bacteria encounters some molecule in their environment.”

Researchers have already proven, in a laboratory environment, that the genes of E. Coli bacteria can be manipulated to exhibit properties that could prove useful for submarine detection. However, this type of research is limited because it may not necessarily be replicable in marine life found in the areas where you need them to be in order to detect unfriendly subs.

Nonetheless, Glaven believes that the team can make these types of mutated marine organisms a reality in just a year.

“The reason we think we can accomplish this is because we have this vast database of info we’ve collected from growing these natural systems,” she noted. “So after experiments where we look at switching gene potential, gene expression, regulatory networks, we are finding these sensors.” (Related: Genetic pollution harms organisms through 14 generations of offspring, stunning scientific study reveals.)

This marine modification research forms part of a greater $45 million military program which encompasses the Navy, Army and Air Force platforms, and has been labeled the Applied Research for the Advancement of Science and Technology Priorities Program on Synthetic Biology for Military Environments. The program aims to provide researchers in these branches of the military with whatever tools they deem necessary to engineer genetic responses in a way that could be manipulated by the Military.

It is not difficult to imagine that this large-scale genetic manipulation program could create disastrous effects – effects which our children and grandchildren will be left to deal with, and which may prove irreversible.

Surfers are known to brave bad weather, dangerously sized waves, and even sharks, for the perfect ride. But, it seems another danger of surfing has been lying in plain sight all along: ocean waters are full of drug-resistant bacteria — and surfers are most at risk.

In a study published this weekend in the journal Environmental International, a team of researchers from the University of Exeter found that regular surfers and bodyboarders are four times as likely as normal beach-goers to harbor bacteria with high likelihoods of antibiotic resistance. This is because surfers typically swallow ten times more seawater during a surf session than sea swimmers.

The cheekily named Beach Bums study, carried out with the help of UK charity Surfers Against Sewage compared rectal swabs from 300 participants and found that 9 percent of the surfers and bodyboarders (13 of 143) harbored drug-resistant E. coli in their systems, compared to just 3 percent of non-surfers (four of 130).

The World Health Organization has warned that widespread drug resistance may render antibiotics useless in the face of otherwise easily treatable bacterial infections, meaning that just as in the age before Penicillin, diseases like tuberculosis, pneumonia, blood poisoning, gonorrhea, food– and water-born illnesses as well as routine medical procedures that can lead to infection, including joint replacements and chemotherapy, could once again be fatal.

Indeed, a 2016 report commissioned by the British government estimated that, by 2050, infections stemming from antimicrobial resistance could kill one person every three seconds.

Solutions to an impending drug resistance epidemic have largely focused on prescriptions and use, but there is an increasing focus on the role of the environment in transmitting drug-resistant bacteria strains. The Beach Bums study adds important insight into how sewage, run-off, and pollution that makes its way into the oceans spread the drug-resistant bacteria.

“We are not seeking to discourage people from spending time in the sea,” says Dr. Will Gaze of the University of Exeter Medical School, who supervised the research. “We now hope that our results will help policy-makers, beach managers, and water companies to make evidence-based decisions to improve water quality even further for the benefit of public health.”

Though the study’s purpose is not to alarm beachgoers — or surfers — Dr. Anne Leonard, who led the research, tells Inverse that the risk for anti-drug resistance may actually be lower in the United Kingdom, which “has invested a great deal of money in improving water quality at beaches, and 98 percent of English beaches are compliant with the European Bathing Water Directive. The risk of exposure to and colonization by antibiotic resistant bacteria in seawater might be greater in other countries which have fewer resources to spend on treating wastewater to improve water quality.”

For surfers on this side of the pond, check out the free app available for Apple and iOS, Swim Guide, for updated water quality information on 7,000 beaches in Canada and the U.S.