Many studies have attempted to analyze the effects of preschool on later development in at-risk children. But one appearing Monday in JAMA Pediatrics is the first to follow these kids into mid-adulthood, looking at outcomes at age 35. In this 150-Second Analysis, F. Perry Wilson, MD, looks at those outcomes and the limitations of this type of study.

Does preschool matter? A strong endorsement this week in a study appearing in JAMA Pediatrics which found that participants in Chicago’s “Child Parent Center” program had significantly higher educational attainment at 35 years of age, the longest follow-up of any early childhood intervention study.

The Child-Parent Center (CPC) program is the second oldest federally funded early childhood program (after Head Start). It was launched in 1967 in the most disadvantaged areas of Chicago and has grown substantially since then. The program takes a standardized approach but is unique in several ways. 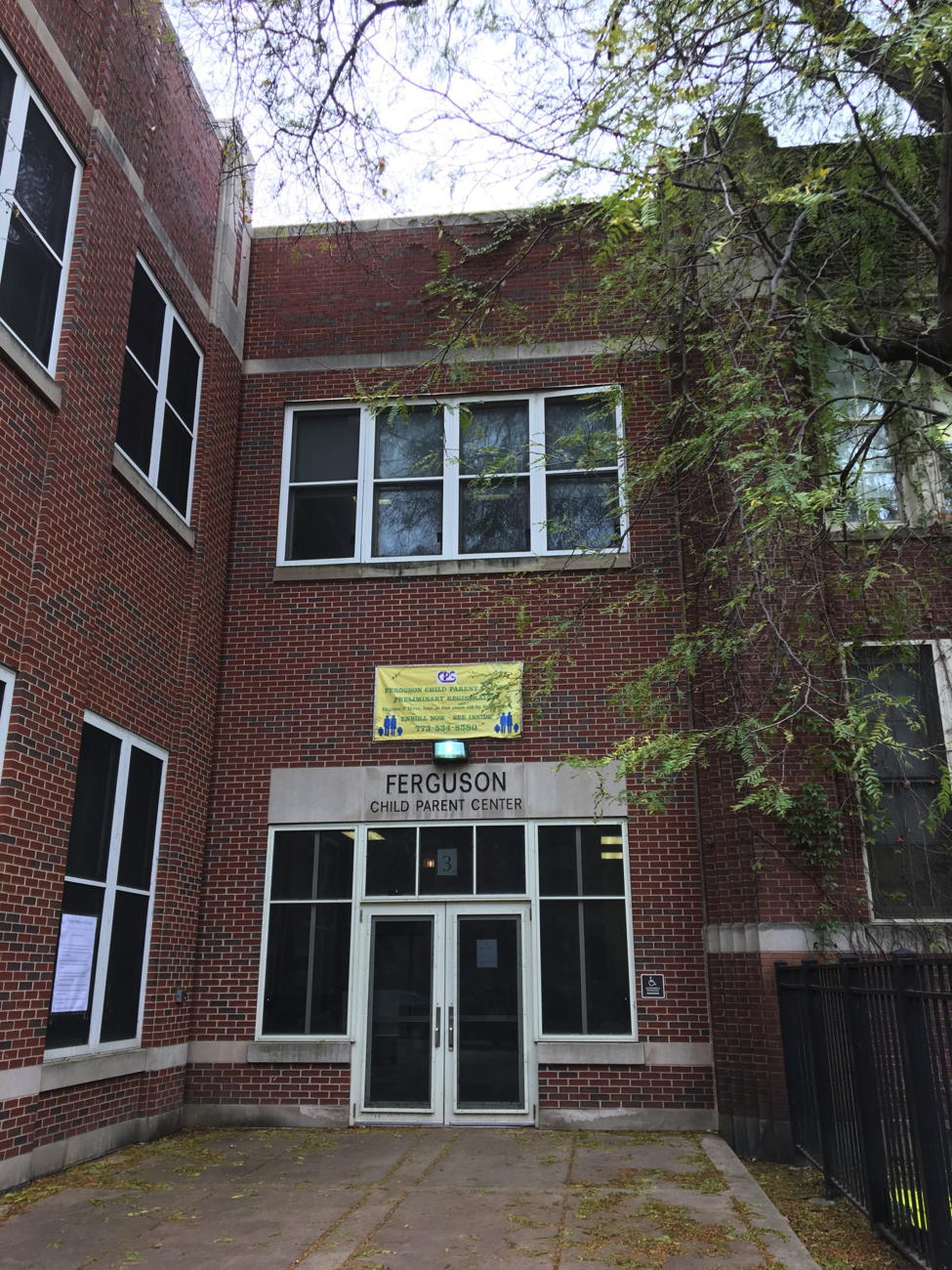 First, the preschool programs are based within the primary school the children will eventually attend, making the transition to school easier. Second, the program continues up to third grade, providing resources and support even during routine education. Finally, the program demands a fair amount of parental involvement – 2.5 hours per week, in fact. Which I will guiltily admit is way more time than I spend in my kids’ school.

The study suggests that kids who went to these CPCs did better much later in life, but there are major issues with studies like this. CPC attendance wasn’t randomized. Are we seeing the beneficial effect of the intervention itself, or are parents who seek out these interventions more invested in their children and so their kids do better?

You have to find a good control group. To do this, the authors built a model predicting CPC attendance using a variety of demographic and socioeconomic variables. They then matched CPC kids with similar kids who did not attend a CPC. 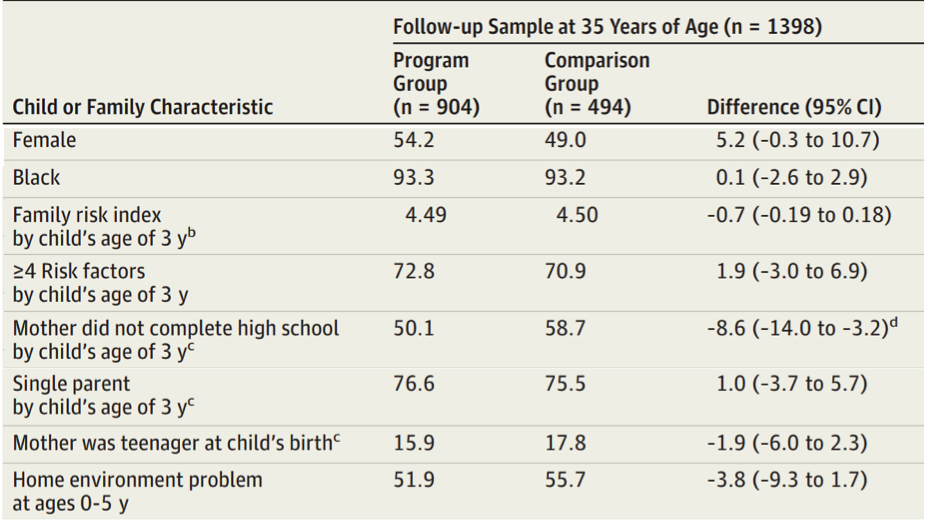 As you can see, in both groups, risk factors were fairly similar, and indicative of significant risk. Roughly half of the kids in both groups had a home environment problem by age 5. Around three-quarters were kids of single mothers. Half in both groups had moms who hadn’t completed high school.

Nevertheless the CPC group did a bit better than the comparison group. 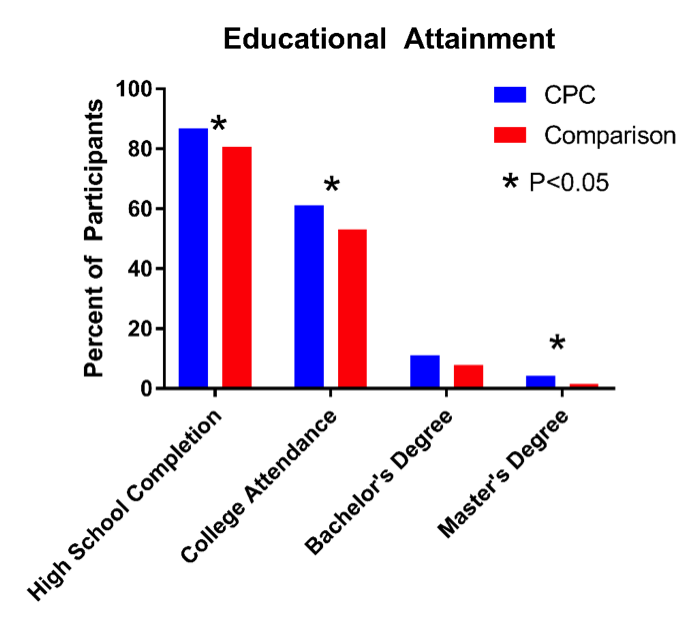 So what about cost? The current manuscript doesn’t provide details, but the same group published a cost-benefit analysis in 2011 which found that the preschool program cost about $8,500 per participant, but accrued an average societal benefit of $92,000 – more than a 10-fold return on investment. That ROI was driven largely by higher earnings, more taxes paid, lower crime rates, and less smoking.

There was also evidence of a dose-effect, whereby kids who were in the program longer had better outcomes than kids who had less exposure.

Because of the non-randomized nature of the study, it’s not definitive. But it is encouraging, and compels consideration of broader adoption of early childhood programs in at-risk neighborhoods.