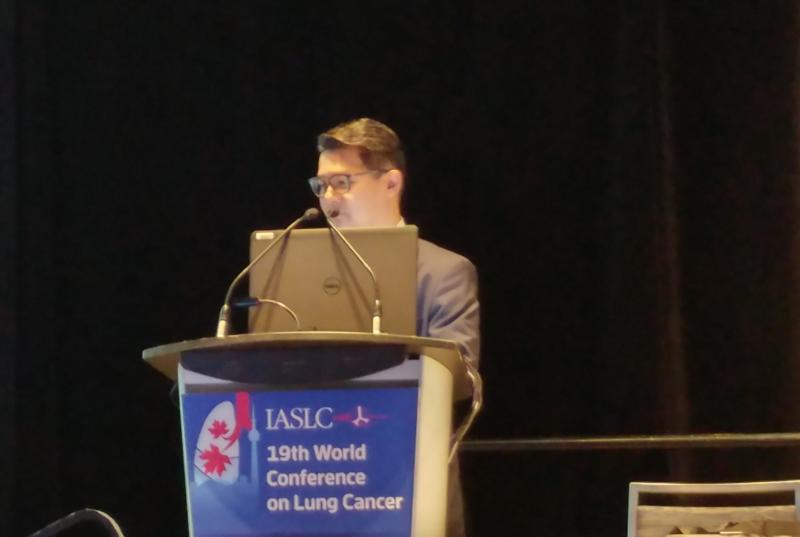 “There was only 45 percent power to detect the hypothesized difference [HR=1.25], and if we were able to accrue the targeted number, there may have been a benefit in OS,” said study investigator Dr Alex Sun from the University of Toronto, Toronto, Ontario, Canada.

“As compared with previous trials, PCI employing delivery of 30 Gy in 15 fractions as used in the RTOG 0214 study might also be too low a dose to exert its desirable effects,” commented discussant Dr John Armstrong of St Luke’s Radiation Oncology Network, Dublin, Ireland. [Radiat Oncol 2016;11:67]

“However, a subgroup analysis among 225 patients who did not have surgery as primary treatment showed that patients who underwent PCI had better OS [p=0.026] and DFS [p=0.014] and a lower incidence of brain metastases [p=0.003],” said Sun.

“The most probable reason why we do not do much PCI is due to concerns about its reported toxicities such as somnolence, cognitive disturbances, neuropathy, memory impairment and dizziness. It is difficult to convince patients to undergo a procedure which will unlikely alter their survival,” said Armstrong. [J Clin Oncol 2018;36:2366-2377]

In the future, PCI in NSCLC is foreseen to involve identification of ultra-high-risk individuals and performance of research which can be used for profiling patients who will experience brain metastases. For these patients, aggressive surveillance with volumetric MRI and early intervention with stereotactic surgery should be performed.