After all, 16 hours is a long time to go without eating. Here’s everything you need to know about the popular weight-loss regimen—including whether it actually works.

Chris Pratt! Hugh Jackman! Halle Berry! Kourtney Kardashian! What these celebrities have in common, other than a gratuitous exclamation point after their names, is a professed fondness for intermittent fasting, the diet craze turning the fitness world on its sweaty, well-toned head. For help determining whether you, too, should incorporate this into your 2019 resolution-related plans, we asked a few experts to explain what it is, why people love it, and whether it’s really worth the pain of forgoing on-demand snacks for the rest of the winter. 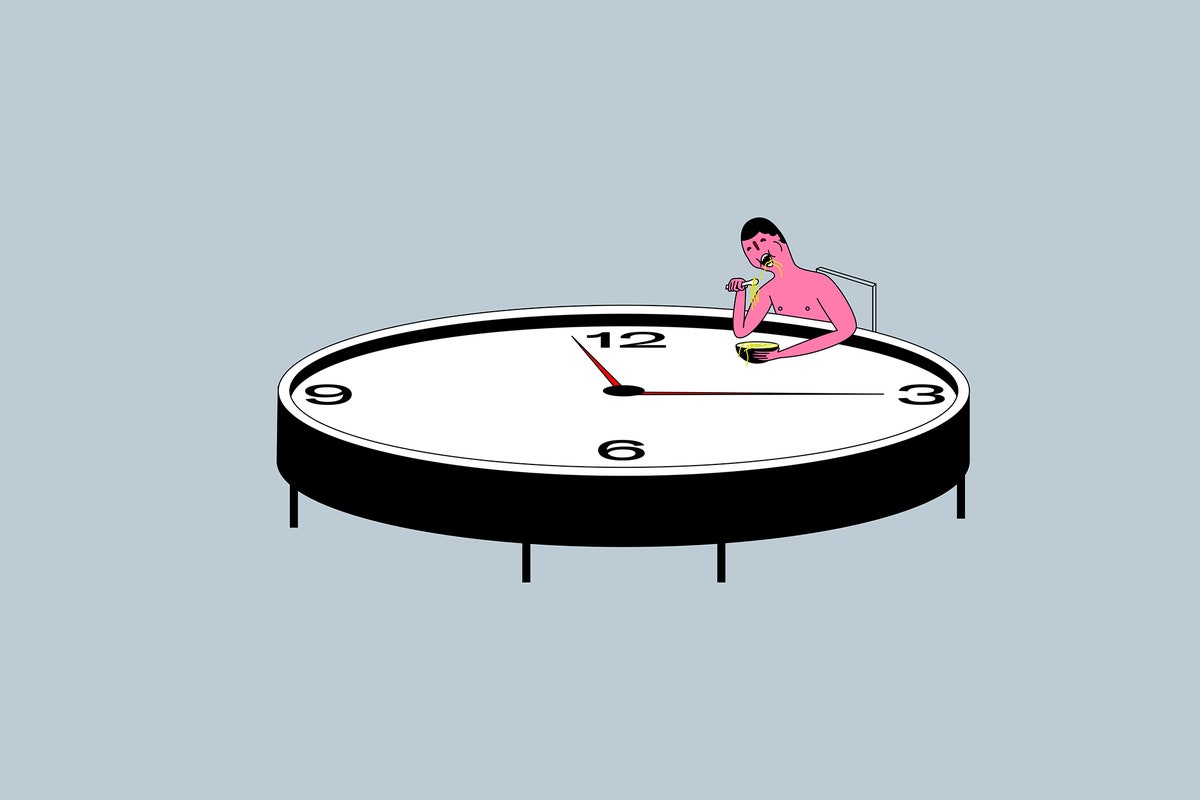 What is intermittent fasting, exactly?

Intermittent fasting, unlike many other diets, is famously flexible in that you choose the days and hours during which you think it’s best to fast. The two most common methods are the 16:8 strategy—where you eat whatever you want (within reason) for eight hours a day and then fast for the other 16—and the 5:2 method, where you eat normally five days a week and then keep your food intake to roughly 500-600 calories for the other two days. It’s kind of a simplified-calories math problem that’s supposed to prevent the yo-yo effect of weight loss and weight gain.

“There are different ways to do this diet, but the bottom line is that no matter which you choose, you’re taking in less energy, and because of that, you’re going to start using your own body stores for energy,” says Lisa Sasson, a clinical professor of nutrition at NYU. “If you don’t, you’re not going to lose weight.”

A recent study completed by the German Cancer Research Center concluded that intermittent fasting indeed “helps lose weight and promotes health,” and noted that the regimen proved especially adept at getting rid of fat in the liver. A USC study also found that the diet reduced participants’ risk of cancer, diabetes, heart disease, and other age-related diseases. While researchers involved cautioned that more testing is necessary, the results are at least encouraging.

Most people who swear by intermittent fasting will tell you it helps not only with losing weight but also with reducing “belly fat.” This is not a conclusion with scientific backing, but it is the sort of thing to which every six-pack enthusiast aspires.

“There’s really no conclusive evidence that there’s any benefit,” Sasson says. The German Cancer Research Center study qualified its findings by noting that the positive results weren’t noticeably better than those experienced by subjects who adopted a conventional calorie-reduction diet. In other words, it works, but not notably better than the alternative. (Sasson also offered a helpful list of individuals who should not give intermittent fasting a try: pregnant women and anyone with diabetes, cancer, or an eating disorder.)

The best long-term diets, no matter what their rules entail, are the ones that are least difficult to maintain—and again, in this regard, intermittent fasting isn’t inherently superior to anything else. “Are you making changes in your behavior? Have you learned positive habits so that when you go back to not fasting, you’re going to be a healthier eater?” Sasson asks. “I know people who fast because they think, Okay, I’m going to be really bad and overdrink or overeat, and then two days a week I’m going to have a clean life, and that’s just not how it works.”

Also, for many people, a full 16 hours of fasting just isn’t realistic, says Cynthia Sass, a New York City– and L.A.-based performance nutritionist. She recommends 12 hours of overnight fasting at most and believes the 16-hour gap is especially tough on those who exercise early in the morning or late at night. “If fasting makes you feel miserable and results in intense cravings and rebound overeating, it’s not the right path for you,” she says.

As long as you’re aware that it isn’t nutritional magic, Sasson isn’t against intermittent fasting altogether. “I’ve worked with patients who need positive reinforcement to see that their weight went down to feel better, and they feel in control for the first time,” she says. “That self-efficacy, that feeling that they could do it—for some, that might be important.”

Of the two most popular methods, Sasson leans toward the 5:2 schedule as slightly more manageable, since you’re only reducing your intake twice a week. But again, that’s contingent on you being a responsible dieter on your days of lowered caloric intake, which requires an immense amount of discipline—especially when it comes to remembering to drink water. “You can go a long time without food, but only a few days without adequate hydration,” she warns.

If these extended periods without delicious food sound too painful to handle, rest assured: The best available evidence indicates that a regular ol’ diet is at least as safe and healthy and efficacious as intermittent fasting. Besides, sooner or later, a shiny new fad is bound to come along for the A-listers to fawn over, she says: “There’s going to be a new darling of the month before you know it.”