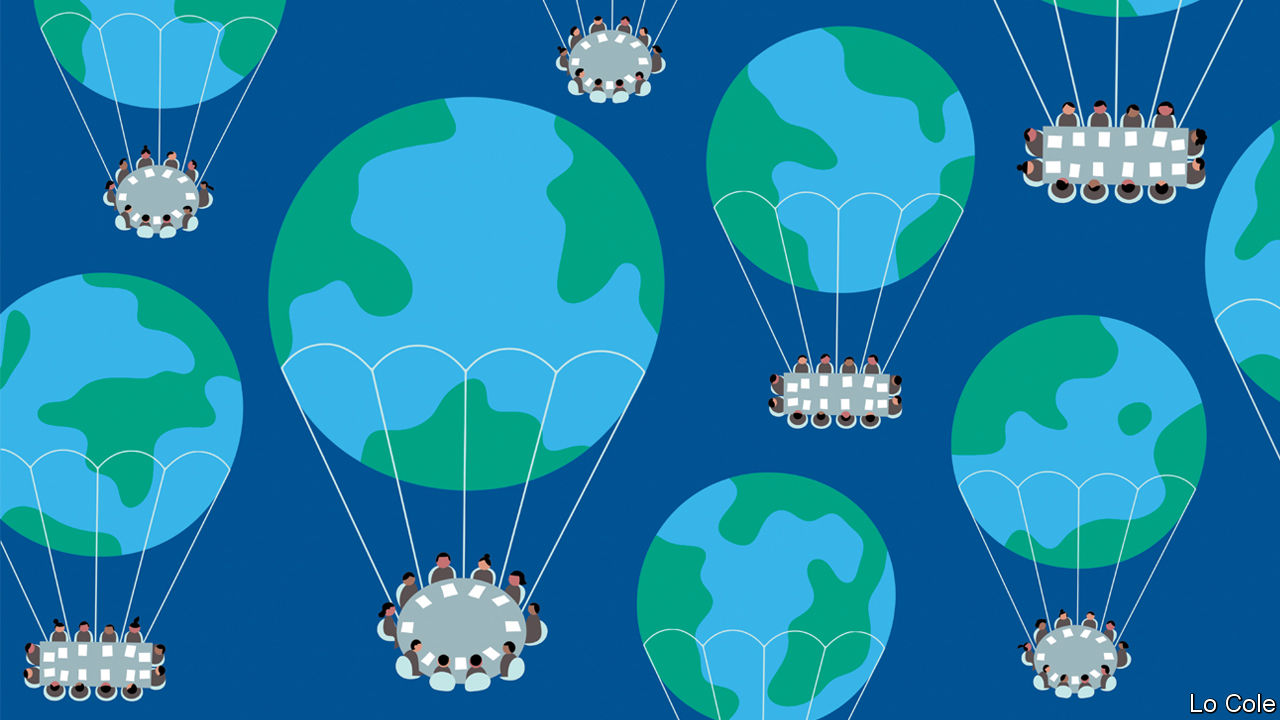 HOSTING COP24, the latest of the UN’s annual climate summits, in Katowice was meant to symbolise the transition from an old, dirty world to a new, clean one. Spiritually, the city is the home of Poland’s coal miners. Today, it is replete with besuited management consultants and bearded baristas. The venue itself was on top of a disused mine in the city centre.

Ahead of the two-week powwow, which concluded on December 15th, many feared the meeting would instead highlight the unresolved contradictions involved in that transition. So it came as a relief when nearly 14,000 delegates from 195 countries managed—more or less, and a day late—to achieve the gathering’s main objective: a “rule book” for putting into practice the Paris agreement of 2015, which commits the world to keeping global warming “well below” 2°C relative to pre-industrial times, and preferably within 1.5°C.

This outcome was far from assured. Setting an abstract goal, as governments had in Paris, is simpler than agreeing on how to go about reaching it. Technicalities—what counts as a reduction in emissions, who monitors countries’ progress and so on—can be politically thorny. Poland’s right-wing government, which presided over the talks, lacks both friends (alienated by, among other things, its anti-democratic attacks on judicial independence) and green credentials. Observers were braced for a diplomatic debacle.

Implementing the judgment of Paris

The summit got off to an inauspicious start. At the outset Poland’s president, Andrzej Duda, declared that his country cannot reasonably be expected to give up its 200 years’ worth of coal reserves. In France, his opposite number, Emmanuel Macron, caved in to massive protests and suspended a planned fuel-tax rise intended to help curb greenhouse-gas emissions from transport. Days earlier, Brazil had withdrawn its offer to host next year’s summit after Jair Bolsonaro, the president-elect who takes office in January and who would love to follow his American counterpart, Donald Trump, out of the Paris deal, said his government had no interest.

Despite these early setbacks, negotiators resolved most of 2,800-odd points of contention in the rule book’s pre-summit draft. Michal Kurtyka, the amiable Polish bureaucrat who chaired the proceedings, turned apparent haplessness into a virtue, by leaving delegates space to thrash out their differences.

Poor countries won firmer assurances that rich ones would help pay for their efforts to curb their greenhouse-gas emissions and to adapt to rising sea levels and fiercer floods, droughts, storms and other climate-related problems. The rich world, for its part, cajoled China into accepting uniform guidelines for tallying those emissions. Thus stripped of their most powerful voice, other developing countries reluctantly followed suit. If any cannot meet the standards, they must explain why and present a plan to make amends. This concession, long demanded by the Americans, may not persuade Mr Trump to keep the United States in the deal. But it could make things easier for any successor who wished to re-enter it after Mr Trump has left office.

Besides haggling over the rules, a handful of countries—including big polluters such as Ukraine—used the jamboree to announce plans for more ambitious “nationally determined contributions” (or NDCs, as the voluntary pledges countries submit under the Paris deal are known). The city councils of Melbourne and Sydney, in Australia, joined a growing number of national and local governments intent on phasing out coal. So did Israel and Senegal. In the wake of Brazil’s desertion, Chile stepped in to organise next year’s summit, which convention dictates should happen in Latin America. The Paris compact has thus not come apart at the seams.

Predictably, for negotiations that need to balance the interest of nearly 200 parties, no one leaves Katowice entirely happy. Vulnerable countries, such as small island states imperilled by rising seas, worry that the findings of a recent UN-backed scientific report outlining the dire consequences of another half a degree of warming, on top of the 1°C which has happened since the beginning of the Industrial Revolution, have been underplayed. Rich countries grumble that poor ones can still get away with emitting too much carbon dioxide.

Mr Kurtyka was also unable, because of Brazilian objections, to break an impasse on carbon trading. This is an arrangement that allows big belchers of CO{-2} to offset emissions by paying others to forgo some of theirs. Brazil balked at proposals intended to prevent double-counting in such trading, because it believed they penalised its large stockpile of carbon-trading instruments, such as promises not to chop down patches of the Amazon. As a result, the issue has been kicked into the long cassava.

The direction of travel is, nevertheless, correct. Earlier in the meeting Ottmar Edenhofer, a veteran German climate policymaker who is director of the Potsdam Institute for Climate Impact Research, had feared that Katowice would mark “the beginning of the end of the Paris agreement”. For all its shortcomings, the compromise which emerged is not that.

But after all is said and done, the 2°C goal (let alone the 1.5°C aspiration) still remains a distant prospect. The current set of NDCs puts the world on course for more or less 3°C of warming—and Kiribati and the Marshall Islands at risk of submersion. Campaigners, who spiced up the stodgy talks with a dash of sit-ins and marches, were right to decry the lack of ambition as unequal to the task of sparing future generations from climate catastrophe. The rule book is itself no nostrum for the planet’s man-made fever. The only real medicine would be firmer commitment to decarbonising economies. And, as Mr Macron is finding, that medicine can be bitter.