“The doctor will see you now, your stomach phoned ahead.”

People are very willing to get creative in the name of our health. We wear FitBits that count every single step we take. We snooze next to SleepScore Max sensors that monitor breathing patterns with echolocation. But would you swallow an ingestible, Bluetooth-enabled sensor that can stay in your stomach for weeks at a time and collect data from the depths of your stomach? 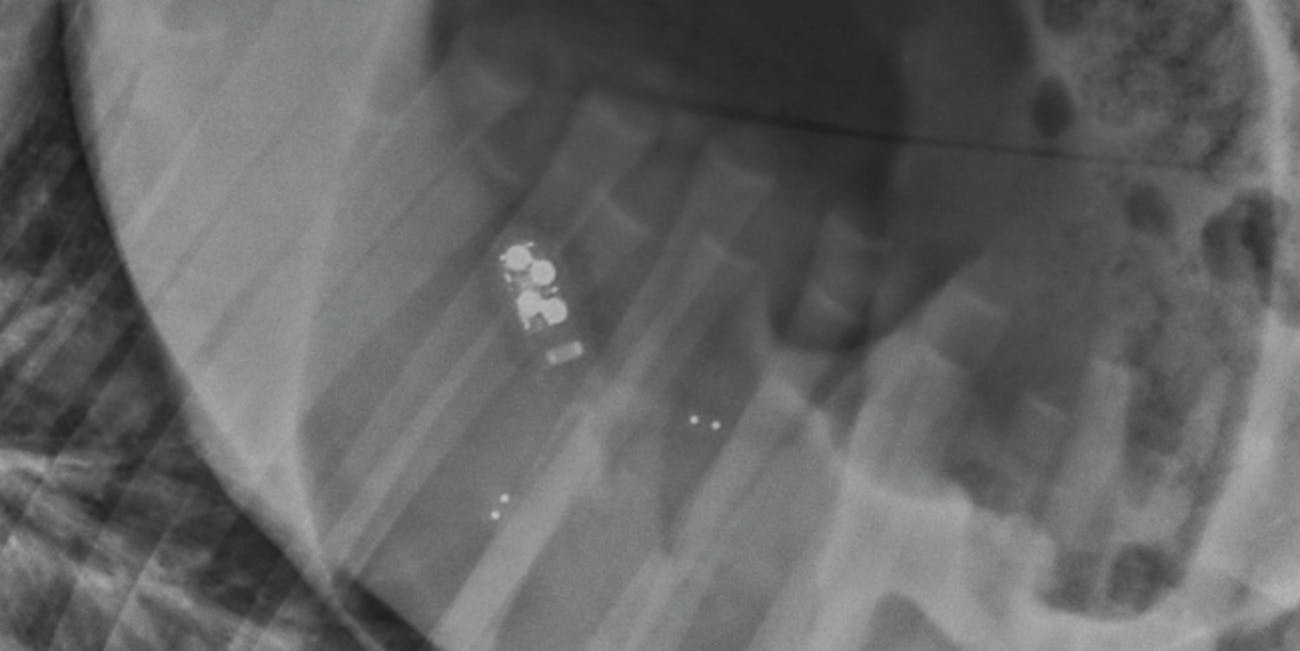 In a study published today in Advanced Materials Technologies, a research team at MIT tells Inverse they have developed a prototype that does just that after two years of development.

“It makes it easier for patients to be patients,” explains Giovanni Traverso, a senior author of the study.

Since 2016, Traverso and Yong Lin Kong, now an assistant professor of chemical engineering at the University of Utah, have led a team exploring the idea of long-term ingestibles that can monitor core temperature, detect infections and even dole out medication, all while communicating with an outside device, like a smart phone or tablet.

Kong says the idea for the ingestible grew out of trials for implantable medical devices. More infrequent dosing results in better compliance, so if you can just take one pill that metes out medication gradually, you could theoretically save lots of lives. But the implantation process, he says, can be a painful one and may require a surgical procedure. The risk for complications – infection, rejection – has always been high. Long-term implantations are often unsuccessful because of the body’s inflammatory immune responses. Kong and Traverso decided to try figuring out a way to start leveraging the unique properties of the stomach, a large organ that’s evolved to withstand the presence of foreign objects.

The sensor itself is housed in a swallowable capsule, around the size of fish oil supplement, says Traverso, a gastroenterologist at Brigham & Young Women’s Hospital and medical engineer MIT. The capsule is ingested and settles into the patient’s stomach; the outside coating wears away, leaving the 3-D printed sensor to monitor the body from its core.

This Is ‘Flippy’ And It’s Pretty Good At Flipping Burgers

The sensor is currently powered by several minuscule batteries, though the scientists have been considering a model that harvests energy from the G.I. tract.

The Jupiter+ Smart Mattress is where exceptional comfort meets advanced technology. The only sleep system in the world that leverages technology and personal biometrics to restore you to your peak energy levels each morning.

Potential uses for the sensor are fairly diverse. Perhaps it could be used to keep tabs on soldiers at risk for hypothermia, says Traverso. Cancer patients with compromised immune systems could benefit from internal monitoring for infection; scientists have even built the sensor to house tiny compartments for potential medicine distribution, whose dose could be triggered by a physician’s iPad. Early detection for internal bleeding and high blood pressure are other possibilities.

The ultimate dream is to build smart capsules that can sense, react and serve as platforms for mobile health communication, says Traverso, though human testing for the sensor is still several years away. In the meantime, the team has begun considering ways to house and protect the massive amounts of health data that will be collected. The team is reportedly in talks with several bioinformatics teams.

Of course, even in light of all the promise, ingestibles may still be a tough sell. “We promise it’s not scary to swallow a sensor that will sit inside you and text your doctor” is a lot for a patient to, er. But as both Kong and Traverso point out, there’s already so much data monitoring in our every day lives. What’s a little bit more?