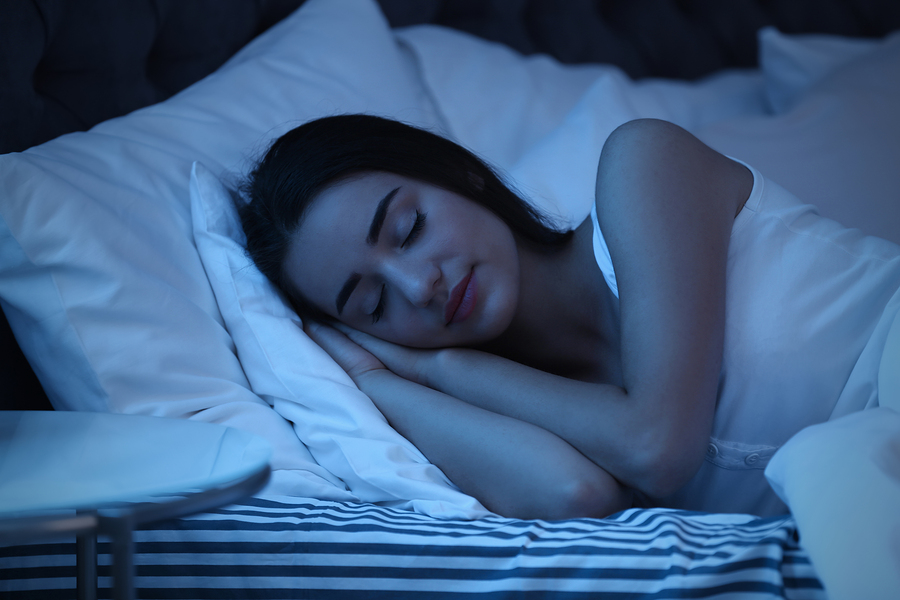 Studies have shown that in general, the optimal room temperature for sleeping is quite cool, around 60 to 68 degrees Fahrenheit, and temperatures much above or below this range can lead to restlessness.

But a new study suggests there are nuances to this phenomenon, and that a restful night’s sleep may be more complicated than simply turning down your thermostat.

Thermoregulation—your body’s heat distribution system—is strongly linked to sleep cycles. Even lying down can induce sleepiness by redistributing your body heat from your core to your periphery.

Sleep deprivation has virtually the same effect on your immune system as physical stress or illness, which explains in part why lack of sleep is associated with an increased risk of multiple chronic diseases. Therefore, high-quality sleep is critical to your health.

In this article, I’ll be discussing the latest research on sleep temperature, as well as other factors that can ease you into a blissful night’s slumber.

While you sleep, your body’s internal temperature actually drops to its lowest level of the day, generally about four hours after you fall asleep.

Research has determined that insomniacs typically have a warmer core body temperature just before bed than normal sleepers, which leads to heightened arousal and difficulty drifting off.

Many scientists believe that anything that mimics your body’s natural temperature drop may help promote sleep—such as the abrupt temperature change that occurs shortly after getting out of a hot bath.

Keeping a “cool head”—or more specifically, a cool brain—appears to induce sleepiness. Researchers from the University of Pittsburgh School of Medicine found that a cap worn by insomniacs filled with cool circulating water helped them sleep almost as easily as people without sleep disorders.

Many insomniacs report that they can’t fall asleep because they “can’t turn their brains off” at night, but the cooling cap helped resolve this. Researchers concluded that their extra brain activity was keeping their brains too hot for sleep.

Cooling off your brain makes sense, as melatonin (your sleep hormone) works in part by lowering your body temperature. Yawning may also serve to cool your brain by drawing a bolus of cool air into your sinuses.

Your brain temperature is higher when you’re sleep deprived, which might explain why exhaustion triggers excessive yawning.

The Secrets to Burning More Fat While You Sleep

New research from the National Institutes of Health (NIH) suggests that sleeping in a cool room has significant calorie- and fat-burning health benefits.

According to Dr. Francesco Celi, Chairman of Virginia Commonwealth University’s Division of Endocrinology and Metabolism, even a small reduction in room temperature helps your body “burn calories and dispose of excess blood sugar”—thanks to your body’s brown fat.

Brown fat generates heat by helping you burn calories, which is why it’s being explored as a tool for weight loss, healthy metabolism, and more. The more brown fat you have, the better, as there are direct correlations between your level of activated brown fat and optimal metabolic markers.

People with more brown fat have a faster metabolism, better blood sugar control, and higher insulin sensitivity when exposed to cold temperatures. As you age, the activity of your brown fat decreases, which helps explain why there’s a tendency to gain weight with age. However, exercise may help prevent this.

Unfortunately, other evidence suggests that the optimal temperature for activating brown fat may NOT be the best for a sound sleep.

According to Dr. Celi, there is evidence pointing to shivering as the mechanism that triggers brown fat to produce heat and burn calories. Like exercise, shivering triggers your muscles to secrete a hormone that stimulates energy use in your brown fat cells.

But shivering is not conducive to sleeping soundly, as evidenced by research from Dr. Eus van Someren and colleagues at the Netherlands Institute for Neuroscience.

While a dip in core temperature before bedtime flips on your “time for bed” switches, Someren’s research indicates that deep, restful slumber requires you to keep your skin temperature “perfectly comfortable.” So, if you’re thinking about chilling yourself during the night to boost your health and metabolism, it simply won’t work—you’ll end up sleep deprived.

In fact, Someren’s work and that of others suggest that skin temperatures in the range of 90 degrees may be optimal. Typically, all that’s required to get your skin to 90 degrees Fahrenheit are thin pajamas, plus a sheet, and a light blanket—even if your bedroom thermostat is set to 65.

So, if you’re one to turn the heat way down and crawl under a big puffy comforter, you may sleep well, but you’re probably not experiencing much brown fat activity. The other thing that can happen if your bedroom is too chilly is that the blood vessels in your skin will constrict, locking in heat and raising your core temperature to a point at which your sleep can be disturbed.

If you introduce a bed partner into the mix—and it doesn’t matter whether he or she is the two-legged or four-legged variety—then things get even more complicated, especially if you each have different Goldilocks zones for comfort.

Sharing your sleep sanctuary can be tricky business. Finding your “perfect sleep temperature” is a bit of a process and differs for everyone. But body temperature is only one of many factors that control the quality and duration of your sleep.

Sleeping in the Buff May Be Beneficial

Professor Russell Foster of the University of Oxford recommends ditching your pajamas to improve your slumber—which is actually done by one-third of all adults in the US, according to one study. If you’re wearing lots of bedclothes, it may be more difficult for your body to regulate its temperature.

With or without pajamas, it’s important to make sure your hands and feet are warm because if they aren’t, the blood vessels near your skin constrict and reduce blood flow in an effort to prevent heat from escaping, and this prevents your core temperature from dropping easily. Conversely, warming your skin causes your peripheral blood vessels to widen, promoting heat loss. To summarize, if you want to fall asleep easily, you’ll need to be warm enough that your blood vessels won’t constrict, but not so hot that your body can’t cool down.

Millions of American adults are sleeping less than six hours per night, which recent studies have linked to chronic inflammation, higher stress, and increased mortality from all causes. Getting just one hour less sleep per night may raise your risk of several chronic diseases. Interrupted or impaired sleep can lead to the following:

Deep sleep is one of the most important sleep phases as this is when your body repairs and regenerates, and your immune system is strengthened. The more time you can spend in this crucial sleep phase during the night, the more refreshed you’ll feel in the morning. Sound stimulation has been shown to be effective for prolonging deep sleep. So, if you’re having trouble staying asleep, this is a simple trick to try.

A study published in the journal Neuron found that playing “pink noise” sounds that were synchronized to the subject’s brain waves when the subject approached deep sleep allowed them to remain in deep sleep longer than when the sound was not played. The participants’ memory also showed dramatic improvement after sleeping with “pink noise.”

Participants were shown 120 pairs of words before going to bed and tested the following morning to see how many they could remember. After sound stimulation, the subjects improved their memory retention by nearly 60 percent, recalling an average of 22 sets of words compared to 13 when the sound was not played. The key, according to the authors, is that the frequency of the sound was synched to the subject’s brain waves. This amplified the size of the brain waves during deep sleep, and these slower brain waves are associated with information processing and memory formation. You can find special “pink noise” apps to play in your bedroom, or you can simply turn on a fan to get this benefit.

Additionally, if you don’t already have a fitness tracker that records your sleep, I would encourage you to get one. It’s difficult to change a habit when you’re not monitoring it, and chances are, you’re not getting nearly as much sleep as you think you do. Using a sleep tracker can help motivate you to get to bed earlier so you can get eight hours of sleep. The Apple Watch, which is set to launch this year, is one example.

Electronic Gadgets and Other Sources of Sleep Disturbance

If your sleep is being interrupted, the first step is to determine the cause. Most sleep disruptions are related to environmental or emotional factors, such as:

The last one is a biggie, as about 95 percent of Americans use an electronic device within one hour of turning in. These devices interfere with your sleep-wake cycle by making noises, emitting light that interferes with your body’s natural melatonin production, and emitting low level radiation. One 2008 study showed that people exposed to radiation from their mobile phones for three hours before bedtime had more trouble falling asleep and reaching deep sleep.

According to the 2014 Sleep in America Poll, 53 percent of respondents who turn electronics off while sleeping tend to rate their sleep as excellent, compared to just 27 percent of those who leave their devices on. This is why I recommend avoiding watching TV or using a computer or tablet at least an hour or so before going to bed. If you do keep your devices in your room, make sure they are physically turned off along with your Wi-Fi router. An alternative is trying a free computer program called f.lux (see justgetflux.com), which alters the color temperature of your computer screen as the day goes on, pulling out the blue wavelengths as it gets late.

How to Get Uninterrupted, Restorative Sleep

Small adjustments to your daily routine and sleep sanctuary can go a long way to ensure uninterrupted peaceful slumber. I suggest you read through my full set of 33 healthy sleep guidelines for all of the details, but to start, consider implementing the following changes:

2 thoughts on “How to burn body fat in your sleep”