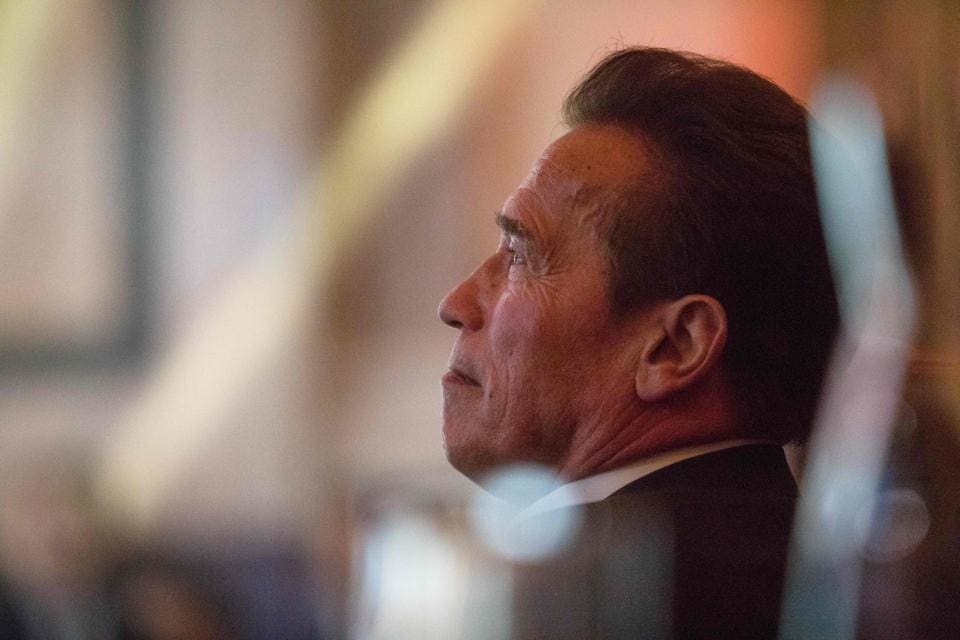 Arnold Schwarzenegger, holding the chair of the ‘R20 Regions of Climate Action’ attends the ‘R20 Austrian World Summit’ on climate change in Vienna, Austria on May 15, 2018.

When Arnold Schwarzenegger was a teenager, he started lifting weights in the Athletic Union in Graz, Austria.

On the wall next to where they lifted weights, each athlete listed exercises like “Dead Lift,” and “Bench Press.”Others included “Clean and Jerk” and “‘Shoulder Press”’among others.

The athletes chalked a row of hash marks next to each exercise, each mark representing a set.

After athletes completed the reps comprising a set, they marked an X through the first line.

To finish a session, the athletes, including Schwarzenegger, had to mark an X through each of the five or six lines. In his autobiography, Total Recall, Schwarzenegger wrote, “This practice had a huge impact on my motivation. I always had the visual feedback of ‘Wow, an accomplishment. I did what I set out to do. Now I will go for the next set, and the next set.”

The Discipline Of Consistent Practice

Schwarzenegger applied this mentality of completing reps and sets to find success as a bodybuilder and later as an actor and politician.

Terminator 2 features a famous scene where Schwarzenegger’s character drives down a Los Angeles drainage canal on a Harley Davidson.

He pulls out a shotgun, fires it, spins and recocks the weapon, fires again and so on, until he reaches a chained gate with a padlock. Then, the Terminator shoots at the padlock and drives through.

He worked through his reps and sets so much that he injured his hand. He wrote, 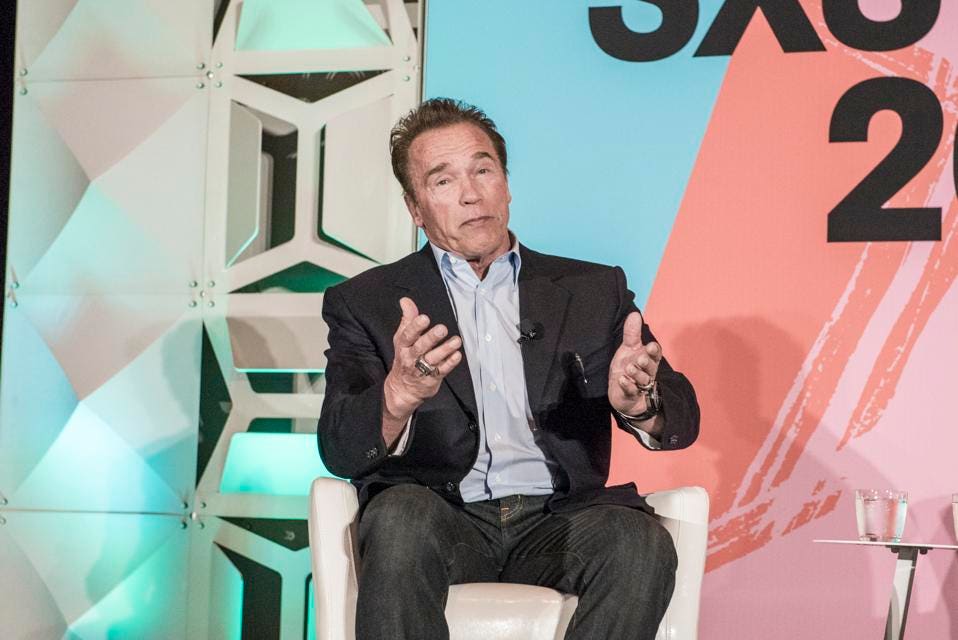 AUSTIN, TX – MARCH 11: Actor and former governor of California Arnold Schwarzenegger is interviewed for the Politico podcast Off Message during SXSW Interactive on March 11, 2018 in Austin, Texas.

“I couldn’t wear a glove because it would get stuck in the gun mechanism, and I tore the skin off my hand and fingers practicing a hundred times until I mastered the skill.”

“It all sounded great in the script, and it was doable — just a matter of reps, reps, reps.”

Schwarzenegger used the same mindset during his career in politics too. While governor of California, he prepared for a big campaign speech by renting a studio.

He visualized his audience and practiced repeatedly. Schwarzenegger delivered his speech over and over for three days. Each time, he marked his reps on the front page of his speech.

How To Apply Schwarzenegger’s Mindset In Business

Schwarzenegger bled into his stunts, and you can bleed into your minimum viable products or business ideas.

For example, if you write more blog posts to promote your business, you’ll increase your web traffic and gradually learn what posts connect with your audience.

If you validate more business ideas, you’ll find more profitable fits for your leads faster. And if you make more sales calls, you’ll covert more of them into customers.

Putting in reps consistently and tracking this hard work will help you improve your skills and find success, as will learning from failure.

In 1979, Schwarzenegger played a supporting role in The Villain alongside Kurt Douglas. 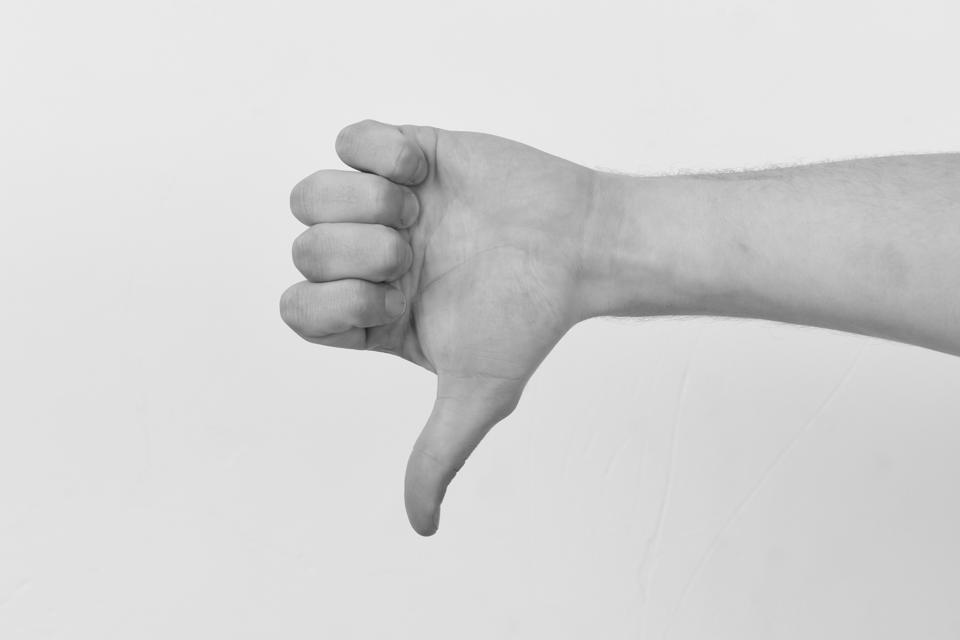 “It flopped totally at the box office when it came out in 1979, and the best thing I can say about it is that I improved my horse riding skills.”

Three years later, thanks in part to his newly acquired skills, Schwarzenegger succeeded at the box office with Conan the Barbarian.

Learning from failure applies to business too. For example, in the 1990s Apple released the clunky and expensive Newton personal digital assistant to no great acclaim. The company invested years to revive this product and find success with the much more intuitive iPad.

So if you’re an entrepreneur, remember failure is par for the course on your route to success. Till then, it’s just a matter of putting in your reps. 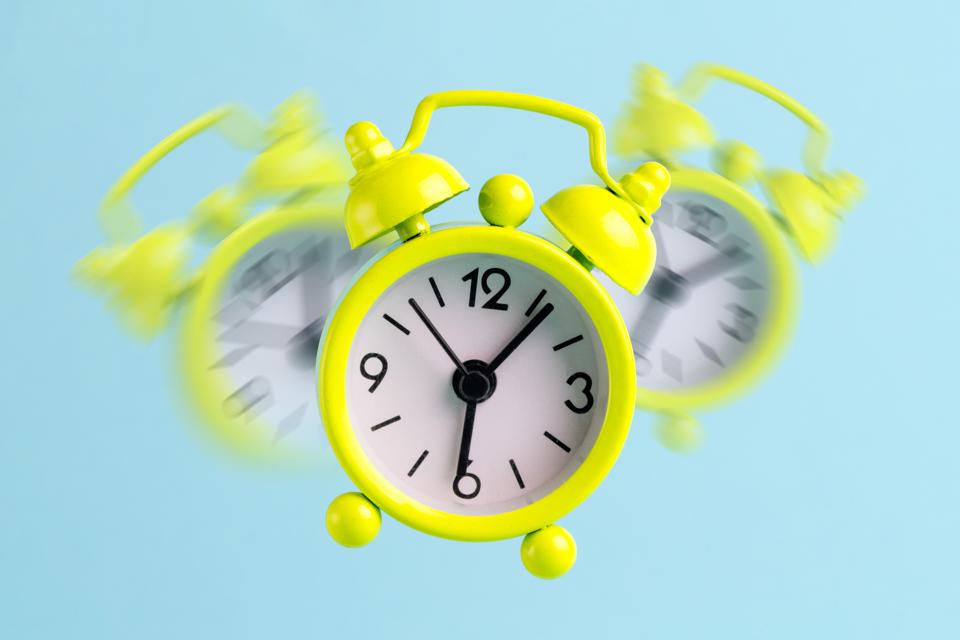 Would you like to get out of the starting blocks faster when your alarm clock sounds?

If so, you need a morning ritual or routine you adhere to without question. Beethoven, for example, went for an early morning walk each day with a pocket notebook to capture ideas before composing.

He did all right.

In The Creative Habit, American choreographer Twyla Tharp explained, “It’s Pavlovian: Follow the routine, (and) get a creative pay off.”

So what rituals can you follow to rise up and start the day the right way?

1. Leave A Note To Yourself

Write a single sentence on an adhesive note, and affix it somewhere where you’ll see—for example on your keyboard.

That way when you sit down to work each morning, you’ll see immediately what you have to do before checking your feeds. Think of it as a mental queue to get to work!

Keep your personal library of quotes from writers, business people and others that inspire you, and scan it each morning.

If you read on Kindle you can access all of your notes using the Kindle Cloud Reader.

3. Shorten Email To The Point Of Rudeness

Fun fact about email: Many recipients don’t like receiving long emails because they take time to decipher. 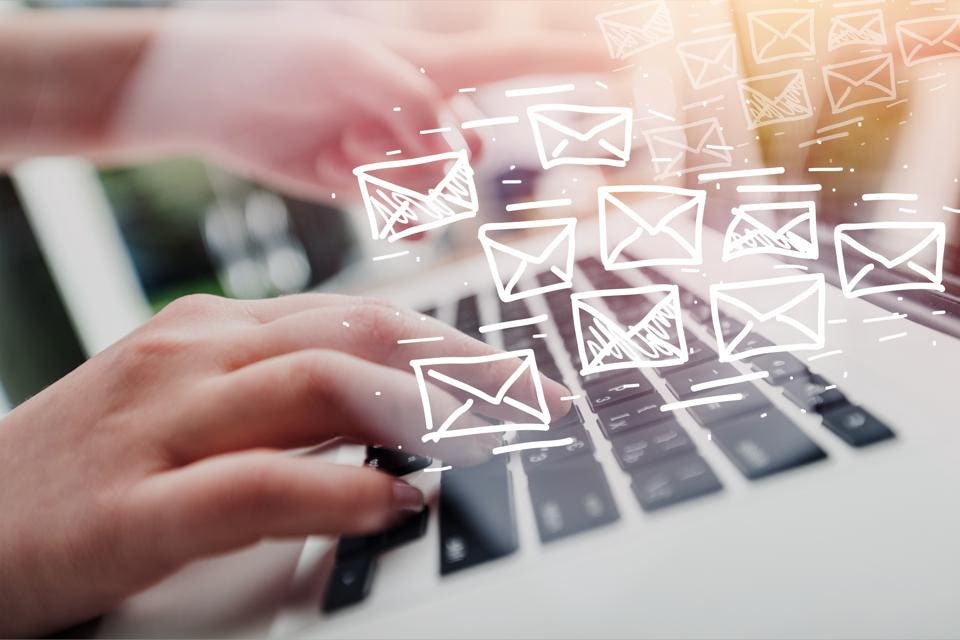 Another fun fact: Your emails are probably read once or twice before being archived.

Maybe being direct isn’t rude, but why waste your recipient’s time? Shorten your emails to a sentence or two, a series of bullet points or a quick summary.

If you’ve more to convey, record a video, write it up as a blog post or update your company wiki or documentation. This way, you can refer people to your work instead of writing a similar email a week or a month later.

As recommended by Tim Ferriss in The Four Hour Body, eating this much protein first thing will help you avoid hunger pangs and sugar slumps during the morning.

Is your workspace covered in papers, cups and trinkets from yesterday’s work? Put away your notes. Rearrange your tools. Clear off whatever’s on your desk that you don’t need.

Give yourself a clear space to start afresh. Tidying up acts as a mini-reset for moments of procrastination.

If you wake up and you find yourself in a black mood (It’s been known to happen to me!), reflect on what went well during the previous 24 hours.

You could express gratitude for a tangible experience like the taste of your morning coffee. Or it could be something high-level like a kind gesture someone did for you.

7. Turn Off Wireless For An Hour

Several years ago, I was a member of a creative writing group in Dublin.

A writer struggling with procrastination explained she liked to leave her modem in the attic to avoid distractions.

If you work in an office, your colleagues won’t thank you for disconnecting their internet! However, you could turn off your wireless for 30 to 60 minutes and focus on one important task before life interrupts. 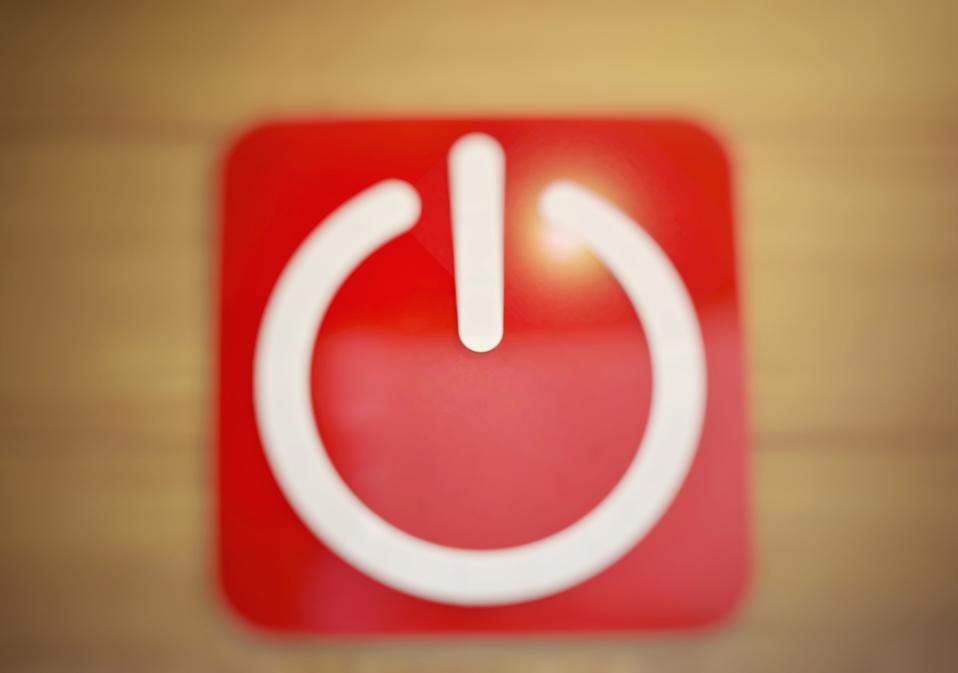 8. Add One Task Each Day To Your Not-To-Do List

I keep a running tally of things that I don’t want to do or have no plans to do.

Cultivating this list helps me unload my subconscious. It’s also a great way of pruning my To Do list if it feels overwhelming.

Remember these daily rituals might sound odd, and what works for one person might not work for you. The trick is to experiment to find and create a daily ritual that helps you get out of the starting blocks faster. 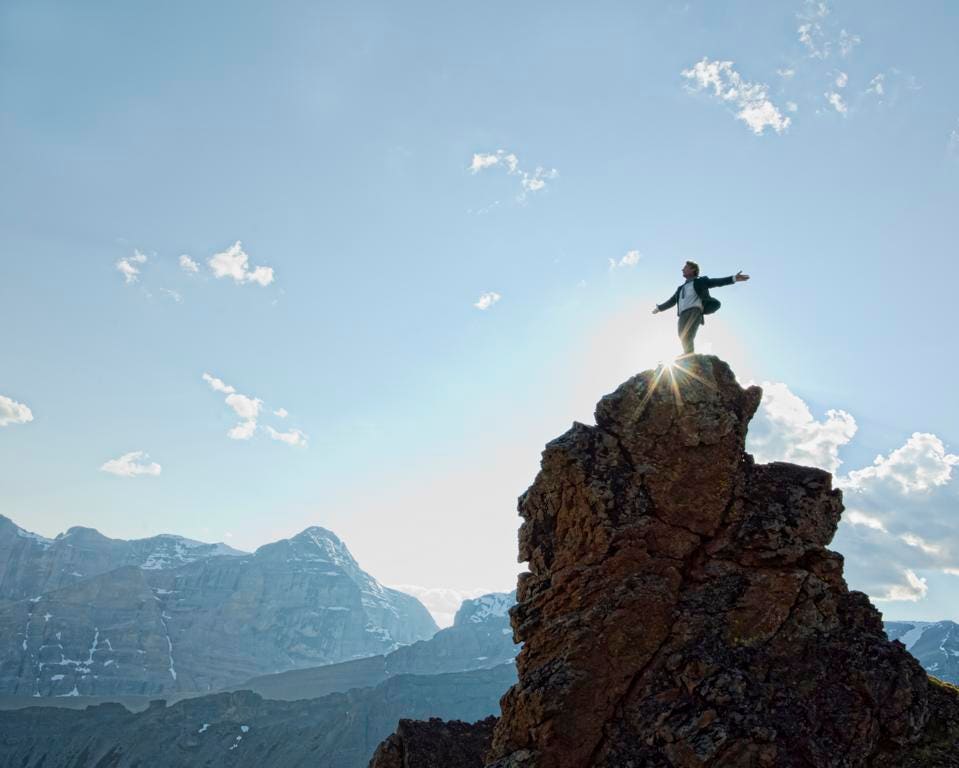 On social media today, many entrepreneurs share snapshots of themselves living the dream while working on a tropical island. It’s a glossy view of success.

The painful truth is success in almost every field involves many steps forward and backward.

Just look at the career of Andre Agassi, which he describes in his autobiography Open.

Although he found success on the tennis court and later in the charity sector, his mental strategies are useful for conscientious business people and aspiring entrepreneurs too.

Get The Experts In

Success is often built on the backs of other people.

As a boy and teenager, Agassi trained for hours with his father. Later, he relied on fitness trainer Gil Reyes to become a better athlete.

He met Reyes at the U.S. Olympic Training Center in Colorado Springs and described his training.

“Many nights we’re in the gym until four in the morning, Gil searching for new ways to build up my mind, my confidence, along with my body.”

Reyes encouraged Agassi to improve his nutrition and training regime. He also helped the aspiring champion set goals and improve his mental strategies on the court.

You might not hold aspirations to win the U.S. Open, but a third-party expert, like a business coach, could transform you into a better entrepreneur. 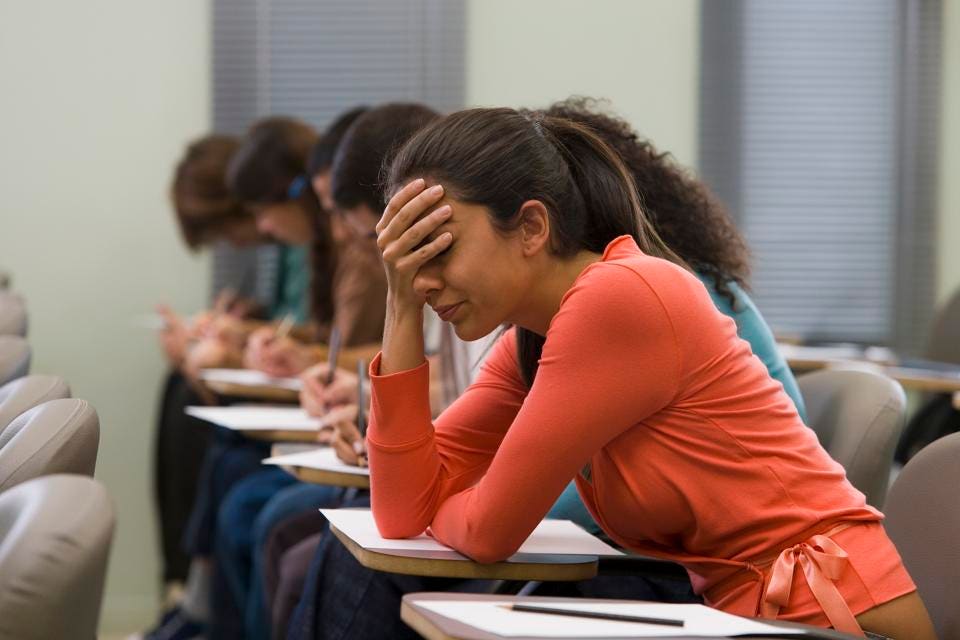 Failure Is OK… Once You Learn From It

Agassi and fellow U.S. player Pete Sampras enjoyed one of tennis’s greatest rivalries during the 1990s and early 2000s. They played 34 matches against each other, with Sampras winning 20.

Agassi writes about many painful losses to his rival, notably at the U.S. Open in 1995 and Wimbledon in 1999. However, Agassi believes his defeats transformed him into a better player and person.

Losing to Pete has caused me enormous pain, but in the long run it’s also made me more resilient. If I’d beaten Pete more often, or if he’d come along in a different generation, I’d have a better record, and I might go down as a better player, but I’d be less.

Ask Elon Musk. Analysts have written off his Tesla many times. Most recently, Musk announced he was taking the car company private only to pullback on this controversial Twitter statement weeks later. YYet Musk perseveres.

If you launch a product that nobody buys, perhaps this failure can help you improve your approach to research, development or marketing.

Or if you spent several years building a career but failed to advance to the C-level, a lateral move to another industry may be more instructive.

Accept What You Can And Can’t Control

In Open, Agassi explains how he obsessively organized his tennis bag. He regarded his bag as his briefcase and insisted it contain eight particular types of rackets, stacked chronologically. 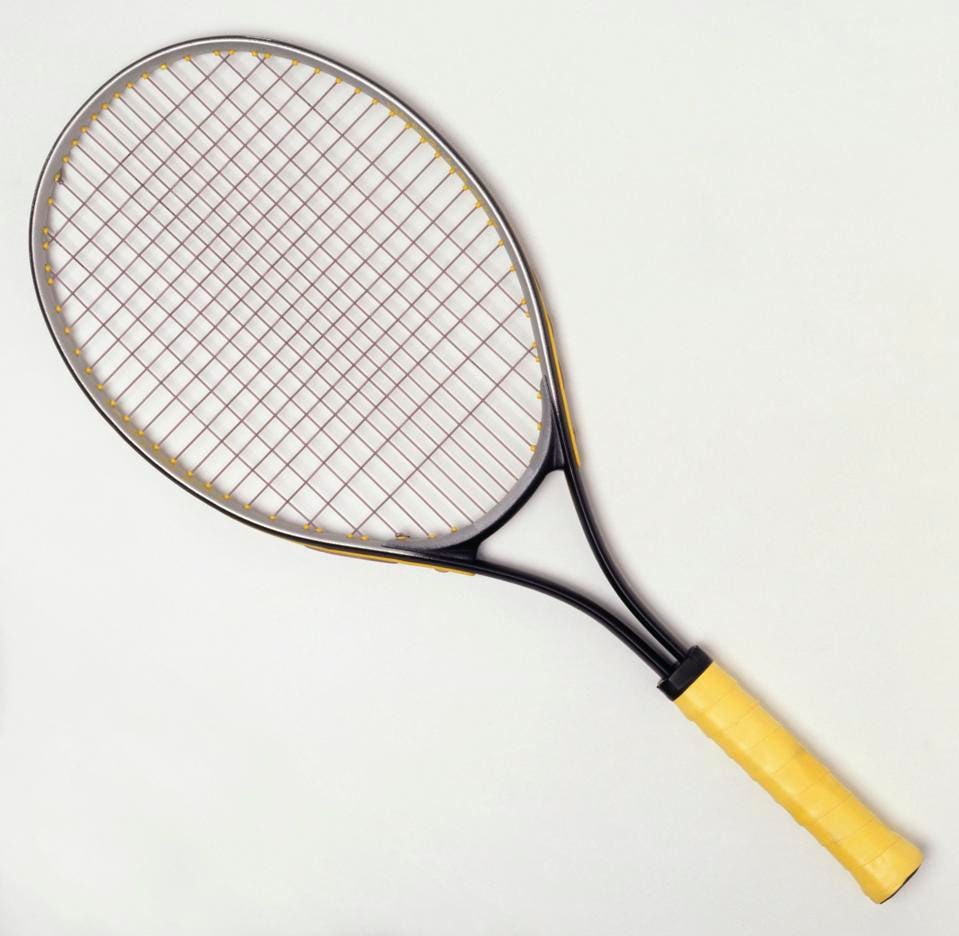 Given all that lies beyond my control, I obsess about the few things I can control, and racket tension is one such thing.

An entrepreneur can control how many leads they contact or products they launch this year. However, he or she can’t control what their competitors are doing or changes Google might make to its search algorithm that affects website traffic.

Similarly, most executives can’t directly affect their company’s revenue or share price. However, they can control what they do each day to achieve their goals.

Agassi found both success and failure on the tennis court.

Today, Agassi coaches other players, most recently Novak Djokovic. He also applies the many mental strategies he strengthened on the court to develop the Andre Agassi Foundation for Education in Las Vegas.

Agassi’s unvarnished recounting of his journey is instructional for anyone who aspires to succeed in sports or business.