Despite criticisms of the digital assistant, Siri is still a pretty useful tool for performing tasks or accessing routine features of an iPhone. Yet, despite that, Siri can give obviously incorrect, humorously wrong, or even offensive answers at times. Continue reading to learn about five examples of Siri giving answers that were completely off. Note: This article contains language some might find distasteful.

Image via The Daily Dot

Earlier this week, intrepid Reddit users discovered a way to get Siri to say a pretty explicit word. Basically, when asked for a definition of the word “mother,” Siri would inform users that it’s short for a particular expletive that contains the word “mother” (you can probably guess which one).

To be fair, this only occurred when users ask Siri to give the second definition of the word, something that requires users to actively say “yes.” And Siri appears to be pulling the definition from the Oxford Dictionary. While it’s not necessarily Apple’s fault, it does seem like an oversight — particularly as Siri isn’t known for swearing. Apple seems to have silenced Siri’s foul mouth in the days since the incident surfaced, however.

If you were alive in 2017, you know how big of a hit “Despacito” was — it was everywhere. But despite its popularity, the track was never officially adopted by any country as its national anthem. That may sound ridiculous, but Siri seemed to think that was the case last year.

Siri’s goofs aren’t always just mistaken answers — at times, they can lead to embarrassing consequences. At least, that was the case when one woman was humorously talking to the digital assistant (something we’ve all probably done at least once).

Apparently, the woman asked Siri whether her crush would ever text her. In response, Siri accidentally sent “will you ever text me” to that person. Of course, since Siri asks users to confirm before sending any texts, this is more of a case of human error than anything else. But it’s still basically a nightmare for anyone who triple-checks their texts to make sure they’re headed to the right person.

Normally, Siri’s wrong answers are funny — and at worst, slightly annoying. But at one point in 2015, the digital assistant included a definition that was offensive and quickly called out by activists. When asked to define “bitch,” Siri would give the correct biological definition of a female canine.

But the results also included a second definition that said the word was “black slang” for a woman. This didn’t go over well, and rightfully so. Again, it isn’t entirely Apple’s fault: Siri appears to have pulled the definition from the Oxford Dictionary. But other sources did tag the word with an explicit “offensive” label, so the goof arguably should have been caught earlier.

Even if you aren’t a sports person, you probably expect Siri to know a few things about basketball. But the digital assistant apparently missed a massive change that resulted in a small but pretty funny mistake throughout 2017.

First, some context: back in 2015, the NCAA women’s basketball league switched from using two halves to four quarters in games. But Siri missed that switch. As a result, when asked about recent scores, the digital assistant would claim that every game had gone into double overtime.

A lot of great things happened in 1983 – Michael Jackson’s “Billie Jean” was number two on the Billboard top 100, the average cost of a new house was $82,600, Return of the Jedi was released (I mean, what kid didn’t want to use The Force?), and I was either pretending to be Rocky or playing Whiffle Ball in our cul-de-sac. What I didn’t know at the time is how much the creation of Microsoft’s first PC compatible mouse that year would impact my future. In many ways, I owe my life’s work to this pioneering piece of hardware. 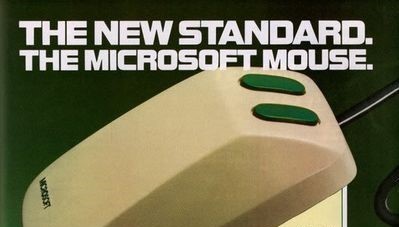 The Microsoft Mouse shipped exactly 35 years ago on May 2, 1983. It was the day the hardware division of the company was born. The “green-eyed” mouse came bundled with Microsoft Word, Notepad, a programmable interface driver for developers, and a tutorial on how to use it.

Not many realized it back then, but that mouse was an indicator, one that was hard to see in those early days, of how hardware would evolve to enhance and create new experiences for people. It was a piece of hardware designed for and with the software to maximize productivity and creativity.

Over the years we saw mice continue to progress and enhance experiences. The creation of the scroll wheel changed the way people use the internet. Browsing online became more fluid and intuitive.

When I came to Microsoft, two decades after the Microsoft Mouse launched, it was to make mice and keyboards. Since then it’s been amazing to see how passionate our customers are about mice, as we saw when we brought back the much-loved IntelliMouse. By the time I joined the company the Microsoft Mouse and its descendants, including the IntelliMouse, were a part of my product making DNA, and they still exist in the DNA of many of our creations.

Much of the hardware our team makes is inexorably tied to this mouse and the way it changed how we think about hardware and software. From Surface Pen to HoloLens, each device, accessory, and console we design, develop, and ship is built around the premise of cloud, software, and hardware coming together seamlessly. It seems only fitting for me to pay homage to the product that started us on a fantastic journey 35 years ago.