Diagnosing a lung disease like tuberculosis with a urine test may seem illogical, but a group of American researchers is now a step closer to that goal.

Scientists at George Mason University have improved by at least 100 times the accuracy of testing for a sugar shed by tuberculosis bacteria, meaning that a simple dipstick urine test may soon become possible.

Tuberculosis kills about 1.7 million people a year, according to the World Health Organization — more than are killed now by AIDS. While many people carry inactive bacteria, about 10 million fall ill annually and develop coughs that transmit the infection.

If they could be found and treated sooner, more would be cured and the spread would slow.

For decades, tuberculosis was diagnosed by chest X-rays, skin or blood tests, or by reading sputum samples under a microscope. But the W.H.O. has condemned skin and blood tests as inaccurate, X-rays detect only advanced damage, and microscopy requires trained pathologists.

Since 2010, detection has been revolutionized by GeneXpert machines, which take two hours to make the diagnosis. They not only find bacterial DNA in sputum but can tell if the strain is impervious to a common antibiotic, which suggests that the patient has multi-drug-resistant disease. 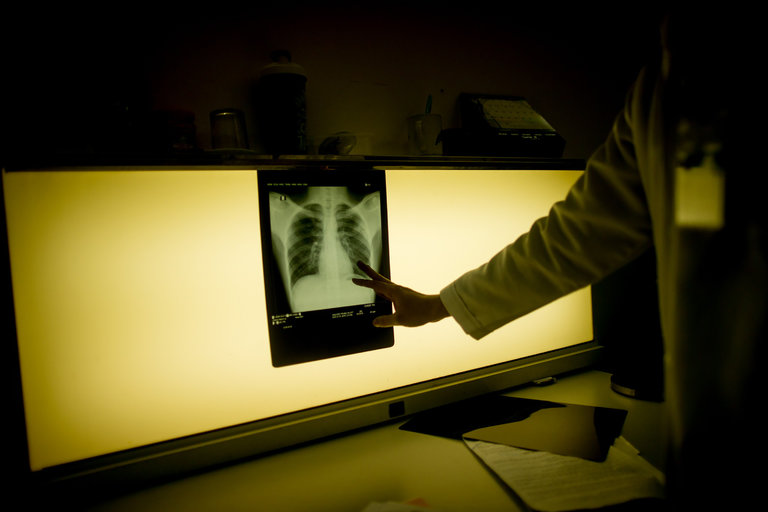 But the machines are expensive, even at discounts offered to poor countries, and it is hard for weak patients and children to hock up lung mucus. (Some clinics have sealed “cough rooms” where salt mist is blown deep into lungs to trigger coughing fits.) Urine is easier to obtain.

The cell walls of Mycobacterium tuberculosis are studded with lipoarabinomannan glycans — sugars coupled to proteins, forming barriers that are believed to protect the bacterium from the immune system. In the battle, the sugars are shed into the bloodstream and slip through the kidneys into urine.
Until recently, it has been hard to separate them from other cellular debris, but the researchers designed hydrogel “nanocages” baited with a blue copper-based dye that adheres tightly to the sugars.

In tests on about 100 hospitalized Peruvians, half of whom were known to have tuberculosis, the new test proved about as accurate as GeneXpert machines, said Alessandra Luchini, a nanoparticle scientist at George Mason’s molecular biology center and co-author of the study. (The new test, however, does not measure drug resistance.)

The team hopes to adapt the new technique to clamp onto other tuberculosis-related molecules and come up “with a rapid test similar to a pregnancy test,” Dr. Luchini said.