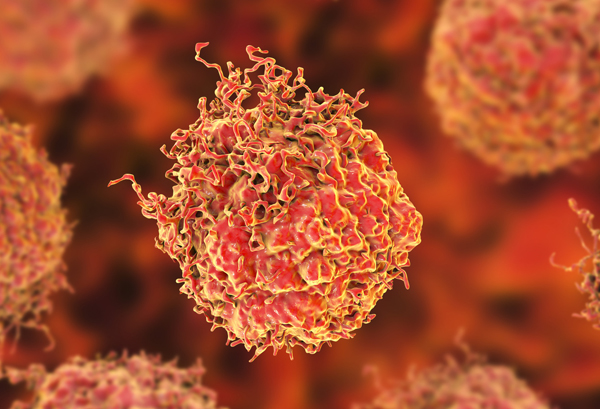 Prostate tumors tend to be what scientists call “indolent”—so slow-growing and self-contained that many affected men die with prostate cancer, not of it. But for the percentage of men whose prostate tumors metastasize, the disease is invariably fatal.

In a set of papers published in the journals Nature Genetics and Nature Communications, researchers at Harvard Medical School and the Cancer Center at Beth Israel Deaconess Medical Center have shed new light on the genetic mechanisms that promote metastasis in a mouse model and implicated the typical Western high-fat diet as a key environmental factor driving metastasis.

“Although it is widely postulated that a Western diet can promote prostate cancer progression, direct evidence supporting a strong association between dietary lipids and prostate cancer has been lacking,” said first author Ming Chen, HMS research fellow in medicine in the laboratory of Pier Paolo Pandolfi, the HMS George C. Reisman Professor of Medicine at Beth Israel Deaconess.

Epidemiological data links dietary fats (and obesity) to many types of cancer, and rates of cancer deaths from metastatic cancers including prostate cancer are much higher in the United States than in nations where lower fat diets are more common. While prostate cancer affects about 10 percent of men in Asian nations, that rate climbs to about 40 percent when they immigrate to the U.S., mirroring the rates among the native-born U.S. population. That points to an environmental culprit that may work in concert with genetic factors to drive this aggressive, fatal disease.

“The progression of cancer to the metastatic stage represents a pivotal event that influences patient outcomes and the therapeutic options available to patients,” said senior author Pandolfi, who is also director of the Cancer Center and the Cancer Research Institute at Beth Israel Deaconess. “Our data provide a strong genetic foundation for the mechanisms underlying metastatic progression, and we also demonstrated how environmental factors can boost these mechanisms to promote progression from primary to advanced metastatic cancer.”

The tumor suppressor gene PTEN is known to play a major role in prostate cancer; its partial loss occurs in up to 70 percent of primary prostate tumors. Its complete loss is linked to metastatic prostate disease, but animal studies suggest the loss of PTEN alone is not enough to trigger progression. Pandolfi and colleagues sought to identify an additional tumor suppressing gene or pathway that may work in concert with PTEN to drive metastasis.

When they compared the two types of tumor—the localized ones lacking only the PTEN gene versus the metastatic tumors lacking both genes—the researchers found that the metastatic tumors produced huge amounts of lipids, or fats. In tumors that lacked both PTEN and PML tumor suppressing genes, the cells’ fat-production machinery was running amok.

“It was as though we’d found the tumors’ lipogenic, or fat production, switch,” said Pandolfi. “The implication is, if there’s a switch, maybe there’s a drug with which we can block this switch and maybe we can prevent metastasis or even cure metastatic prostate cancer,” he added.

Such a drug already exists. Discovered in 2009, a molecule named “fatostatin” is currently being investigated for the treatment of obesity. Pandolfi and colleagues tested the molecule in lab mice. “The obesity drug blocked the lipogenesis fantastically, and the tumors regressed and didn’t metastasize.”

In addition to opening the door to new treatment for metastatic prostate cancer, these findings also helped solve a long-standing scientific puzzle. For years, researchers had difficulty modeling metastatic prostate cancer in mice, making it hard to study the disease in the lab. Some speculated that mice simply weren’t a good model for this particular disease. But the lipid-production finding raised a question in Pandolfi’s mind.

“I asked, ‘What do our mice eat?’” Pandolfi recalled.

It turned out the mice ate a vegetable-based chow, essentially a low-fat vegan diet that bore little resemblance to that of the average American male. When Pandolfi and colleagues increased the levels of saturated fats, the kind found in fast food cheeseburgers and fries, in the animals’ diet, the mice developed aggressive, metastatic tumors.

The findings could result in more accurate and predictive mouse models for metastatic prostate cancer, which in turn could accelerate discovery of better therapies for the disease. Additionally, physicians could soon be able to screen their early-stage prostate cancer patients for those whose tumors lack both PTEN and PML tumor suppressing genes, putting them at increased risk for progressing to metastatic disease. These patients may be helped by starving these tumors of fat either with the fat-blocking drug or through diet.

“The data are tremendously actionable, and they surely will convince you to change your lifestyle,” Pandolfi said.