Every week in 2017 seemed to bring new, objectively bad news about environmental degradation, government officials being awful, or video gamesbeing ruined by microtransactions. But it wasn’t all bad news: Very exciting and groundbreaking research was added to the scientific literature this year, reminding us that not everything is moving backward.

The 25 studies below, representing the biggest breakthroughs of the year, represent a wide and eclectic range of research areas. Let these snippets from Inverse’s interviews with researchers offer a sense of just how many scientific fields strode forward in 2017:

Without further ado, here are the studies that rocked the science world this year, presented in order of popularity among our readers, though not necessarily importance: 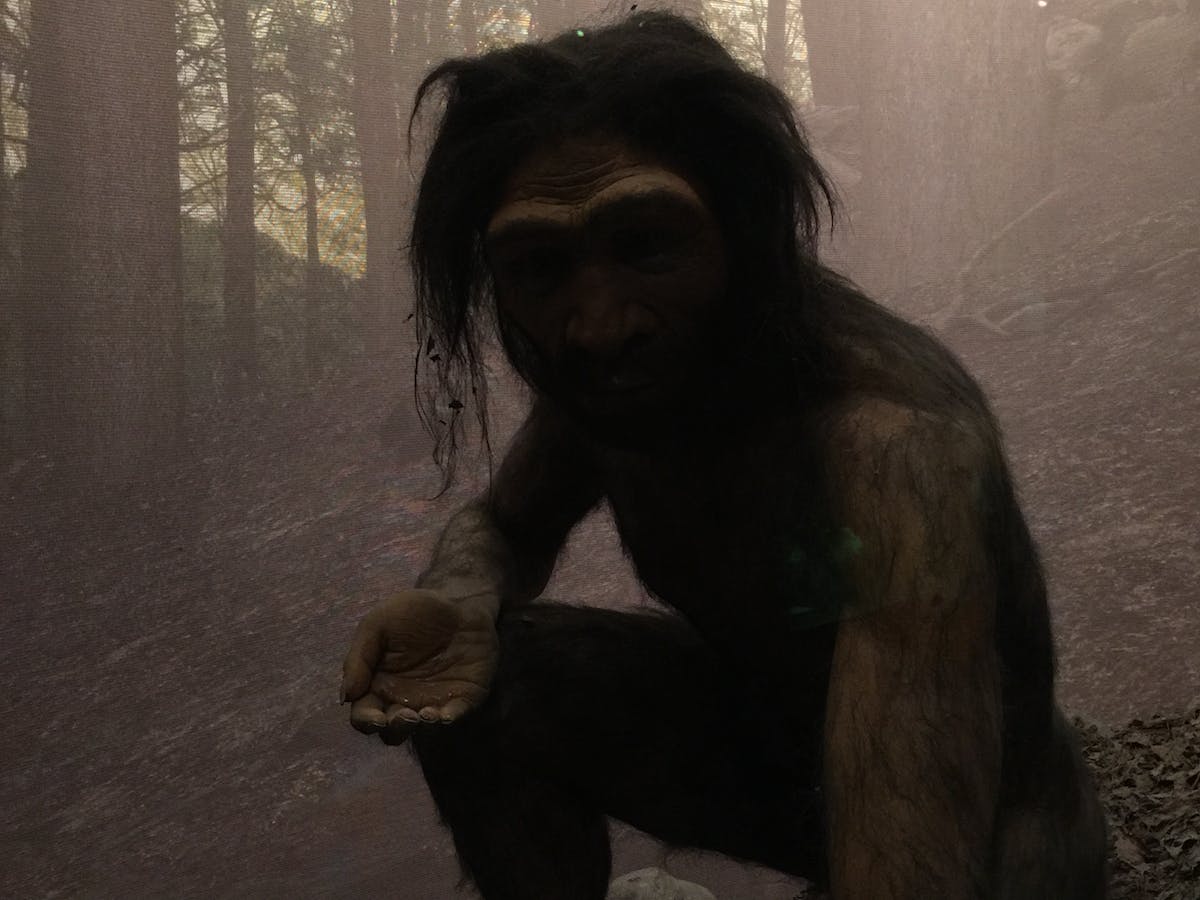 25. Neanderthals Never Would Have Outlived Us

Humans still contain a small percentage of Neanderthal DNA. Even though we know that humans and Neanderthals overlapped for about 15,000 years, scientists aren’t sure how our ancient cousins died out. They’re pretty sure that Neanderthals would have been replaced by humans no matter what. Computer modeling shows that humans migrating out of Africa would have replaced Neanderthals, whether or not they died out from other factors. But while they lived together, Neanderthals left their genetic legacy imprinted in our DNA.

24. Magic Mushrooms Can Help with Depression

Scientists put tripping patients into fMRI machines to observe what their brains did under the influence of psilocybin, the active ingredient in hallucinogenic, “magic,” mushrooms. They found that patients with depression described feeling “reset” after a trip, and brain scans supported this conclusion. Patients who reported feeling better also showed reduced blood flow to parts of the brain associated with depressive symptoms.

23. Teeth From 9.7 Million Years Ago Could Rewrite Human History

Scientists found teeth in Germany that they suspect come from hominins. They date back to before similar human ancestors arose in Africa, suggesting that we may need to rework the entire human evolutionary timeline. Whether it’s a product of convergent evolution or simply related species, these fossils raise more questions about human origins than they answer.

22. Eating Weed and Spicy Food Is Good for Your Gut

More good news from 2017! Researchers found that marijuana and spicy food can ease inflammation in your digestive system, potentially paving the way for new treatments for Type 1 diabetes, colitis, and other gut issues. Capsaicin, the spicy stuff in chili peppers, makes your digestive system produce a type of cannabinoid that can offer protective benefits to your gastrointestinal tract, suggesting that edible marijuana could do the same thing. This is good news for lovers of spicy food and edibles.

21. Dogs Are Genetically Predisposed to Being Good Boys

It’s not all bad news for 2017: Scientists examining dog genetics found that dog genes predispose them to domestication and prosocial behavior. This study is the first to show why, on a molecular level, dogs are _so good). Interestingly, the scientists also found that the same genetic changes that led to domestication also seems to have made dogs less intelligent than wolves.

Even though atheism has become more common in modern society, it turns out believing in something might make you seem less like a psychopath, according to a study published this year. People are more likely to believe that a killer in a hypothetical scenario is an atheist instead of a person of faith, according to research published this year. This finding even held true for atheists, perhaps suggesting some internalized stigma leading to unconscious bias. Even Mark Zuckerberg has taken note of this anti-atheist prejudice, announcing his faith a year ago.

19. Human-Pig Chimeras Have a “Safety Switch”

Scientists shocked the world when they announced they’d developed a human-pig chimera, bringing us a step closer to growing human organs inside pigs. But they also soothed our fears of a pig-man apocalypse when they assured us that there is a self-destruct mechanism for human stem cells that accidentally travel to the pig brains. It’s not even clear whether that would lead to enhanced consciousness, but if this safety switch works, we won’t have to worry about it.

Mindfulness has become a pop psychology buzzword recently, and psychology professionals are concerned. Fifteen psychologists published a paper this year outlining their concerns that corporate seminars, meditation workshops, and the like are offering psychological benefits that are unproven while ignoring risks. After all, psychological health is not one-size-fits-all. 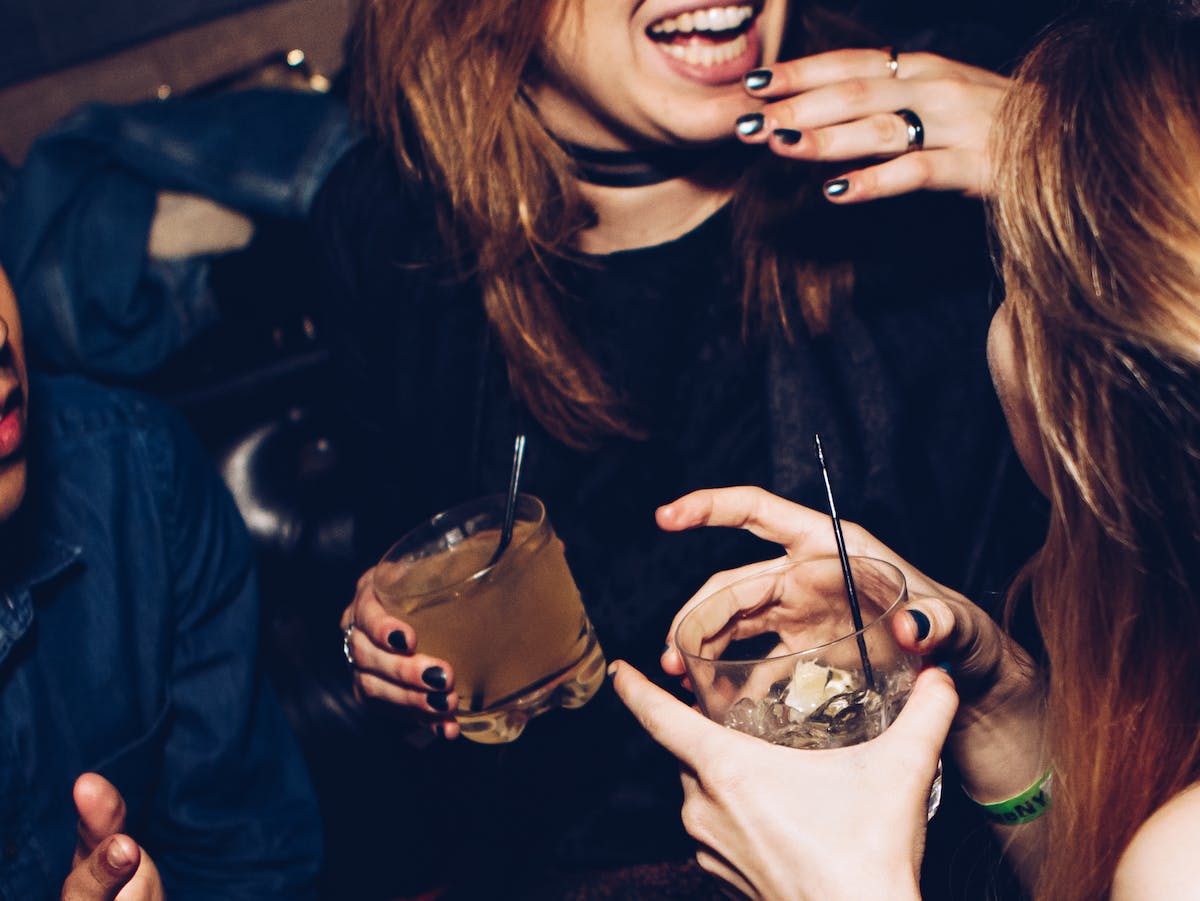 17. Even Occasional Drinks Can Affect Your Brain Health

We all know that drinking too much can cause chronic health problems, but a massive cohort study of British civil servants found that moderate drinking accelerates cognitive decline. Over 30 years of surveys and health check-ups, the participants who consumed 14 to 21 units of alcohol per week “had three times the odds of right sided hippocampal atrophy,” an early warning sign of Alzheimer’s disease. This is a serious buzzkill, since previous research has suggested that moderate drinking could have certain benefits for heart health. Following this cohort of research subjects further will reveal more about their health as they age.

It’s sometimes easy to tell whether someone is wealthy based on their clothes, car, home, and other material things. But this year researchers found that social status may show in your face, too. This doesn’t mean that some people are genetically predisposed to be rich, but rather that being poor can impart subtle, lifelong mood symptoms that observers can see on your face even when you’re wearing a neutral expression. Worryingly, the researchers found that this judgment can impair hireability, which could perpetuate class boundaries.

Life extension advocates like to say that, with the right supplements and therapies, you’ll be able to live long enough to see science bring about immortality. But more conventional-thinking researchers say this isn’t so. They identified the maximum human lifespan as 115.7 years for women and 114.1 years for men. This area of research is still hotly debated, but the new findings fit pretty closely to what other groups have said.

14. A Supervolcano Could Go Off Way Sooner Than We Think

As if 2017 wasn’t bad enough, statisticians say we’re overdue for a supervolcano eruption. On the basis of geological records, a team of researchers estimated that cataclysmic supervolcano eruptions on Earth occur, on average, every 17,000 years. The last one happened 20 to 30 thousand years ago. You do the math. 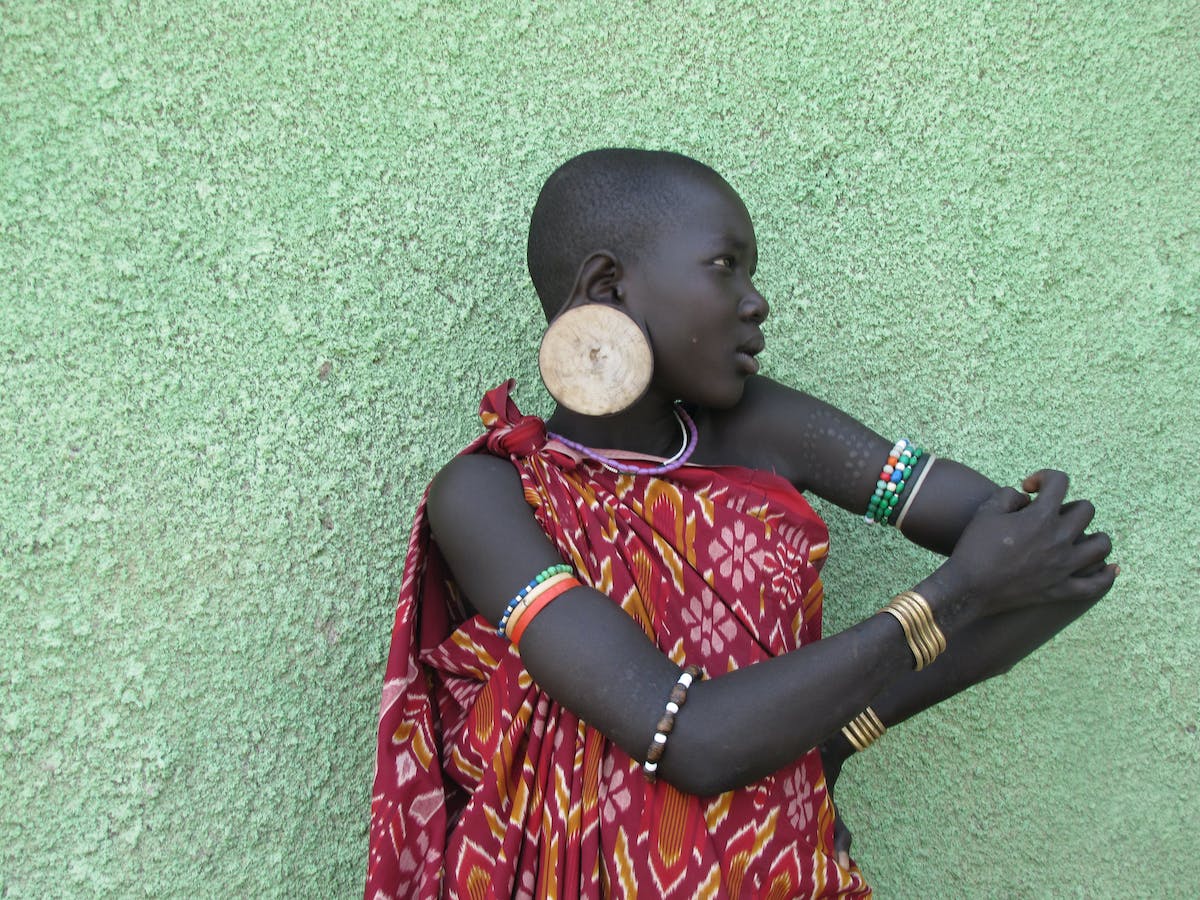 Science has often been used in the service of justifying racism, but scientists shut down outdated notions of genetic differences among humans of different ethnic groups this year. Geneticists found that variants associated with light skin actually originated in Africa, not only disproving the backward notion that people with darker skin are less human, but also calling into question the notion that skin color can be associated with certain ethnic groups.

12. Scientists Find the Oldest Human Skeleton in the Americas

After re-examining a skeleton stolen from a submerged cave in Mexico, scientists determined that it may represent the oldest human remains ever found in the Americas. At 13,000 years old, the 80-percent-complete skeleton suggests that humans came to the Americas thousands of years before the people that were previously thought to be the first Americans.

Diarrhea sucks, but there’s actually a good reason for it. Mice infected with a mouse bacteria similar to E. coli exhibited changes in intestinal cells in a way that seemed to cause diarrhea. Scientists have long suspected that diarrhea was the body’s way of clearing out disease, but this study provided the first solid proof.

Many penis-havers worry about whether their penis size will match up with the preferences of penis-likers. In a study conducted by and among redditors, they found that penis sizes matched up pretty well with what their potential partners want. These findings fit with what academic researchers have found, but maybe this citizen science confirmation will be more digestible for redditors. 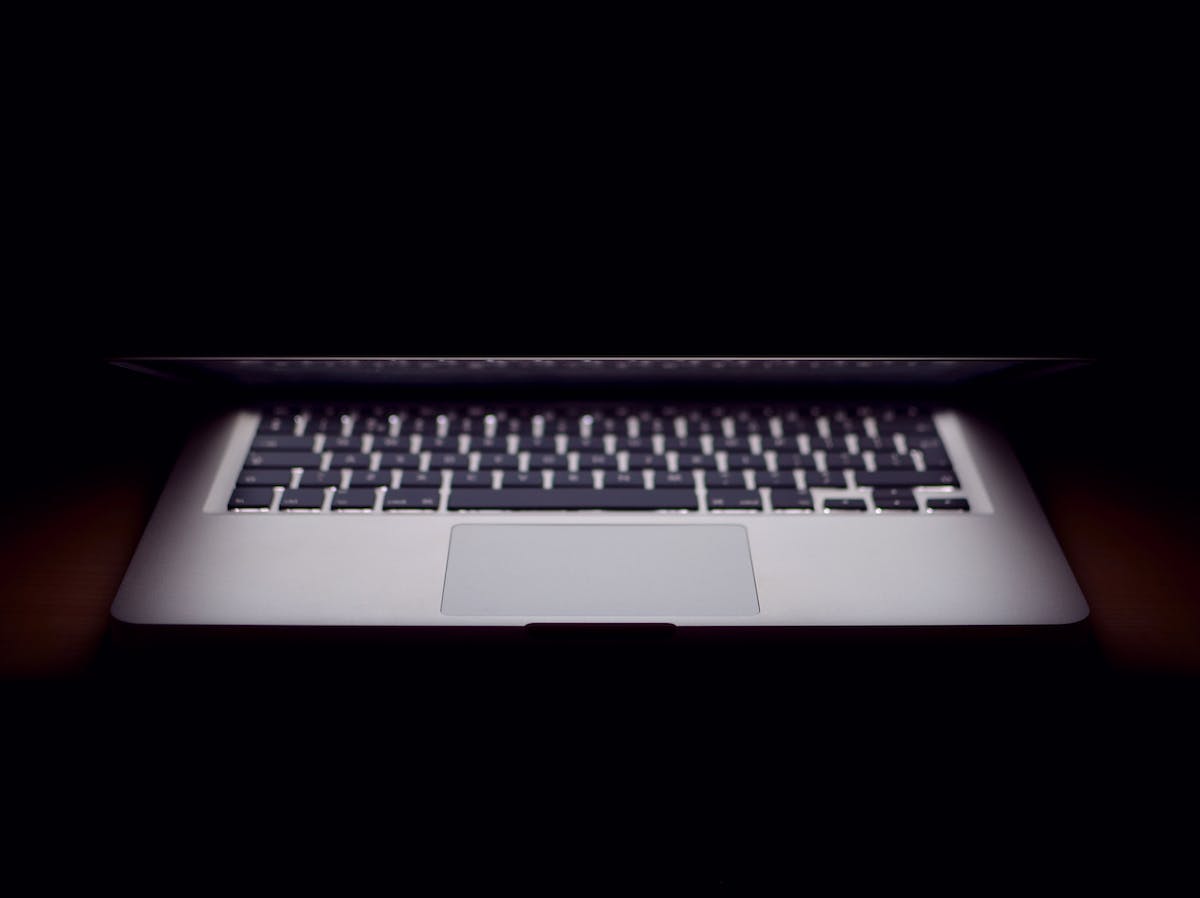 8. Scientists Send Data to and from Space Using Quantum Entanglement

Scientists in China transmitted a quantum state almost a thousand miles into space, much farther than had been done previously. This development brought scientists one step closer to the kind of technology that could enable quantum computing. Quantum entanglement is a burgeoning topic in physics that even Albert Einstein didn’t believe could exist.

Scientists can grow miniature models of human organs, called organoids that allow them to perform research that would be unethical on living. But when scientists reported that human brain organoids grafted onto rat brains had begun to integrate, this raised ethical red flags. If a rat has a partially human brain, should we be doing science on it that we wouldn’t do on a human? 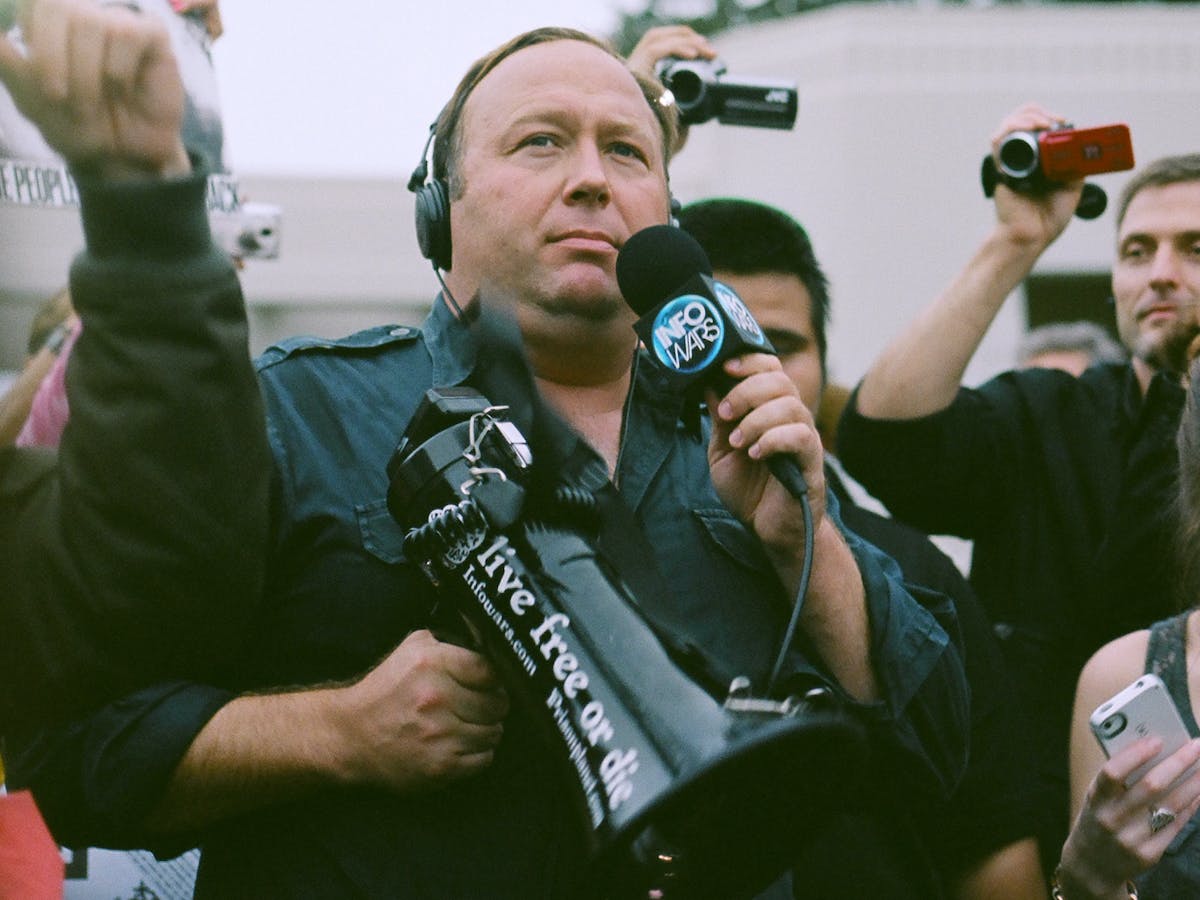 European social psychologists have shed some light on what makes the nearly half of American conspiracy theorists different from the rest. They exhibit a phenomenon called illusory pattern perception, which makes them see patterns of danger where there is no danger. This is the first scientific evidence linking illusory pattern perception to belief in conspiracy theories.

We know that incest increases the chances of developing genetic diseases, but it turns out our early human ancestors knew about the risks of incest, too. Geneticists and archaeologists examining 34,000-year-old human remains from Russia found that four people buried together were no closer than second cousins, suggesting that even ancient humans made efforts to avoid inbreeding. Researchers say this probably means these early humans made a purposeful effort to mix outside their family groups, including some semblance of romance, as indicated by the jewelry included in their collective burial.

Astronomers using NASA’s NuSTAR X-ray telescope found evidence of two super-massive black holes. At the center of galaxies near the Milky Way, they’re still millions of light-years away, but in relative terms, they’re our next-door neighbors.

3. Long-Term Marijuana Use Changes Your Brain

Marijuana is safe, as far as drugs go, but that doesn’t mean it’s totally free of long-term consequences. In a mouse study, neuroscientists found that long-term marijuana use can lead to abnormally high dopamine levels. This suggests that marijuana could be messing with your brain chemistry more than you thought.

That’s right, even though the whole idea of a tattoo is that the ink goes into your skin and never comes out, researchers have found that ink pigment nanoparticles migrate and accumulate in people’s lymph nodes. It makes sense since your lymphatic system gets rid of bad stuff and tattoo ink is essentially a foreign invader.