Lisa Dennis is looking at photos of her daughter Olivia – a blonde girl with a radiant smile.

These are special moments, frozen in time. Olivia died four years ago, aged 10, after having an asthma attack. 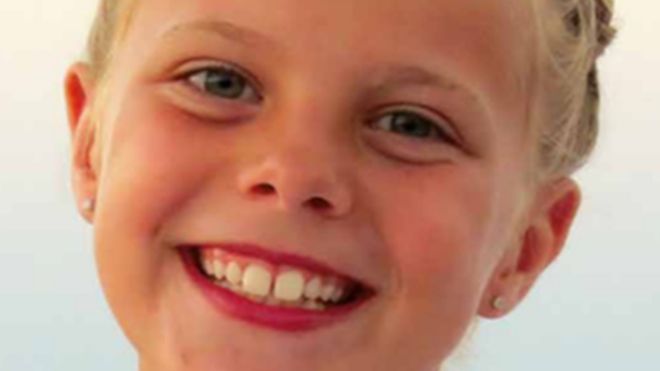 Her parents did not even know their gymnastics-loving daughter had the condition.

But Olivia is not the only child to lose their life to asthma.

According to the latest data for England and Wales, 37 children and teenagers died from the disease in 2014.

The figure has risen over the past five years. But many of these deaths are thought to be preventable.

Lisa vividly remembers the night Olivia died. It was a bitterly cold night, and they were at home in Kent.

Lisa, who is married and has a younger son, told BBC News: “We’d tried so long to have children, and when she came along, it was just a miracle for us.

“That night, she was on all fours on the bed – and struggling to breathe.

“She collapsed onto the floor. I tried CPR [cardiopulmonary resuscitation], but unfortunately it didn’t work.

“I’ll never forget being at the hospital and the consultant asking us if Olivia was asthmatic.

“I said, ‘No, but she has an inhaler.’ He said to us there and then, ‘Your daughter is asthmatic.'”

Lisa’s ongoing grief is compounded by her frustration about what she says is a lack of awareness of asthma.

She had been given an inhaler for an allergy, but Lisa says the word “asthma” was never mentioned to the family, and the medicine was issued by repeat prescription.

Asthma: What you need to know

The feeling is shared by Dr Satish Rao, from Birmingham Children’s Hospital, who runs an NHS service in the West Midlands for difficult asthma cases.

He said: “One of the biggest frustrations for us is the complacency among healthcare professionals about asthma in children and young people.

“We have struggled to convince professionals that asthma is a serious illness, and that patients can die from a severe attack.

Dr Rao believes many deaths could be prevented by better information about when to seek medical help.

And he is aware of 16 cases in his region where schools have to work very closely with families and give them extra support to make sure the children keep their condition under control.

‘Asthma is a killer’

Portsmouth GP Dr Andy Whittamore, who is also Asthma UK’s clinical lead, says it can be difficult to get young patients to adhere to taking their medicine.

He said: “With children particularly, there’s lots of fear about the medicine itself – and from their parents too.

“Steroids have got a bad press because of abuse by bodybuilders and doping in the Olympics.

“But the doses we give are in very low levels – and if taken correctly, they only go directly into the lungs.”

These misconceptions can be fuelled by stigma, with asthmatic children in particular not wanting to be seen as weak or inferior.

Asthma UK has even found that teenagers sometimes shied away from using inhalers because they thought their shape resembled that of sex toys.

Bereaved mother Lisa believes much more can be done.

She said: “Everyone needs to look at their children – especially anyone with an inhaler – because asthma is a killer.

“And I think doctors need to recognise that and make families aware because this is serious, desperately serious.”

Lisa wants to see awareness posters in GP surgeries, more regular reviews and plans for young asthma patients, and an improved inhaler design so the actual device contains advice for bystanders helping with an attack.

These are simple measures, which could help save lives.