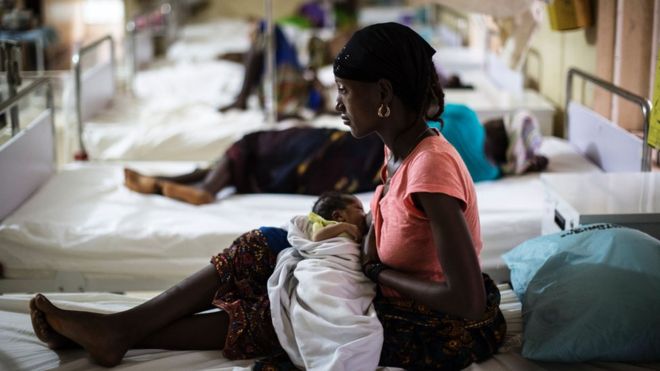 The US says it is withdrawing funding for the United Nations Population Fund (UNFPA), an agency that promotes family planning in more than 150 countries.

The state department says the agency supports or participates in a programme of coercive abortion or involuntary sterilisation in China.

But the UNFPA says this is an “erroneous claim”, and that its work does not break any US laws.

This is the first of the promised cuts to US financial contributions to the UN by the Trump administration.

The UNFPA, like other UN agencies, is funded by governments voluntarily.

In 2015, it received $979m in donations, with the US being its fourth-largest donor.

Earlier this year, President Donald Trump reinstated a ban on US funding of any international organisation that provided any kind of abortion service or advice.

The state department referred to the presidential directive from January and a provision called the Kemp-Kasten Amendment in its statement on Monday.

“This determination was made based on the fact that China’s family planning policies still involve the use of coercive abortion and involuntary sterilisation, and UNFPA partners on family planning activities with the Chinese government agency responsible for these coercive policies,” the state department said.

The UNFPA calls those claims “erroneous” and says that “all of its work promotes the rights of individuals and couples to make their own decisions, free of coercion or discrimination”.

It says its programmes have saved the lives of tens of thousands of women. Its works include:

The money that had been allocated to the UNFPA for the fiscal year 2017 will be “transferred and reprogrammed to the Global Health Programs account,” the state department said.

The account will be used by the US Agency for International Development (USAID) to support family planning, maternal and reproductive health activities in developing countries, it added.