Research published in Lancet Psychiatry also finds number who admit to smoking on ‘daily or near daily basis’ more than doubled to 8.4 million

About 10 million more Americans smoke marijuana now than 12 years ago, a new study in the British medical journal Lancet Psychiatry has found.

The study comes as at least five states ready to vote on whether to legalize marijuana for recreational purposes, including California, which is considered a linchpin in the campaign for federal legalization.

“We certainly expected, based on other research, to find an increase” in marijuana use, said said Dr Wilson M Compton, an author of the study and researcher at the National Institute on Drug Abuse. “It’s well known in the US that the laws related to marijuana have been changing; we’ve seen a number of states passing laws to allow marijuana for medical purposes.”

The study used data from 596,500 adults surveyed between 2002 and 2014 for the US National Survey on Drug Use and Health to reach its conclusions about how many Americans use marijuana.

One of the study’s key findings is that between 2002 and 2014, the percentage of Americans who said they smoked marijuana at least once in the previous year grew from 10.4% to 13.3%.

The 2.9% increase equates to an additional 10 million Americans who said they used the drug at least once in the past year, bringing the population who admitted use from 21.9 million in 2002 to 31.9 million in 2014.

One of the most surprising findings, Compton said, “is how many people there are using marijuana in a daily or near daily basis”.

However, researchers did not find a rise in the proportion of Americans who abused marijuana, called a “use disorder” in psychiatric terms. That number stayed flat at 1.5% of the general population. The figure contradicts a survey the federal government released last year, which found the rate of people who abused marijuana roughly doubled from 1.5% to 2.9% between 2001 and 2012.

“Our findings showed a sharp increase,” said Deborah Hasin, a professor of epidemiology in psychiatry at Columbia University. Hasin was lead author of theNational Epidemiological Survey on Alcohol and Related Conditions, which found the sharp increase in use disorders. “That’s consistent with a sharp increase of people going to emergency rooms with marijuana use, marijuana-related driving and fatal car crashes, and in Veterans Administration medical records,” Hasin said.

The aim of the Lancet Psychiatry’s study was to determine whether shifting attitudes about marijuana impacted Americans’ perception of harm, and therefore use of marijuana.

Researchers found Americans saw marijuana as less risky, and that the most precipitous shift in attitude happened around 2007. The proportion of Americans who said using marijuana twice a week posed a “great risk” to health fell from 50.4% in 2002 to 33.3% in 2014.

“I still don’t know why 2007,” said Compton. “I can’t think of any sentinel event that happened in that year; the best we’ve come up with is the laws started changing enough to see public attitudes change enough.”

“As for the reduction in the perceived risks of cannabis, this needs to be taken into context,” said Amir Englund, a PhD in Cannabinoid Psychopharmacology, also at King’s College London. “Some maybe have previously believed classic cannabis scaremongering such as ‘one toke and you go mad/become a heroin addict’.

“However, it would be wrong to think that cannabis has no risks,” said Englund.

Pro-marijuana legalization groups welcomed the study published in the Lancet Psychiatry, particularly its finding that the number of those who abused marijuana had not increased.

“It really highlights what a lot of people already know to be true,” said Mason Tvert, spokesman for the pro-legalization Marijuana Policy Project. “Countless adults consume marijuana responsibly and should not be treated as if they are drug abusers.”

Researchers concluded that the trend of increased use indicated “a need for education regarding the risk of smoking marijuana and prevention messages”, though even those harms are hotly debated.

Some of the most pressing questions about marijuana use, such as association with psychiatric disorders, impaired driving or the impact of legalization were not addressed in the study. Nor was childhood or adolescent marijuana use. 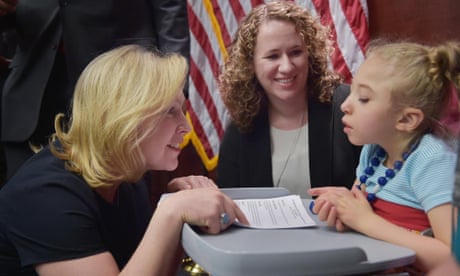 A 2007 review of available evidence published Lancet Psychiatry concluded there was enough evidence to warn young people that marijuana use could “increase their risk of developing a psychotic illness later in life”, but that further long-term studies would be unlikely to untangle whether marijuana causes psychosis.

Many American researchers have complained that a lack of scientific-grade marijuana has made investigating these questions nearly impossible. Until this August, the only licensed supplier of marijuana for scientific research in the US is the University of Mississippi.