An “almost” watertight ice wall built around the Fukushima nuclear plant in a bid to prevent groundwater from entering the site has, quite predictably, proven to be not good enough, with Japan’s nuclear watchdog now urging TEPCO to find a better solution.
An expert panel with the Japanese Nuclear Regulation Authority examined the latest TEPCO report this week to assess how far and how successfully the project had been implemented, Japanese newspaper Asahi Shimbun reports. The members of the panel concluded that the ice wall was not working and a new plan was necessary to prevent groundwater getting mixed up with radioactive substances. 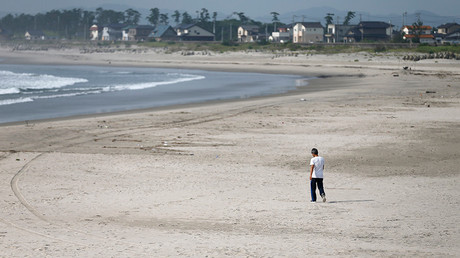 “The plan to block groundwater with a frozen wall of earth is failing,”said Yoshinori Kitsutaka, a panel member and a professor of engineering at Tokyo Metropolitan University.

“They need to come up with another solution, even if they keep going forward with the plan.”

In March, construction company Kajima Corp. began building the frozen wall of earth around the four damaged nuclear reactors and has completed most of the 1.5-km (1 mile) barrier. TEPCO hoped that the frozen earth barrier would thwart most of the groundwater from reaching the plant and divert it into the ocean instead. However, little or no success was recorded in the wall’s ability to block the groundwater during the five-month-period. The amount of groundwater reaching the plant has not changed after the wall was built, experts said.

The problem is said to lie in the wall’s gaps, or parts where the barrier is not frozen. According to TEPCO, 99 percent of their thermometer readings showed that the wall’s temperatures are at or below the freezing point, meaning the wall is mostly solid. However, a remaining one percent of the readings showed temperatures above the freezing point, which means the wall is not solid at those parts.

Those constitute a mere one percent of the 820-meter-long barrier, but these sections, where the earth is not frozen, are enough to ruin the entire project as they were found in areas with high levels of groundwater concentration.

TEPCO however believes that the unfrozen sections can be fixed if coated with concrete.

In April a chief architect of the project said that gaps in the wall and rainfall will still allow for water to creep into the facility and reach the damaged nuclear reactors, which will in turn create as much as 50 tons of contaminated water each day.

“It’s not zero,” Yuichi Okamura, a general manager at Tokyo Electric Power Co. (TEPCO) said referring to the amount of groundwater flowing into the plant. “It’s a vicious cycle, like a cat-and-mouse game…we have come up against many unexpected problems.” 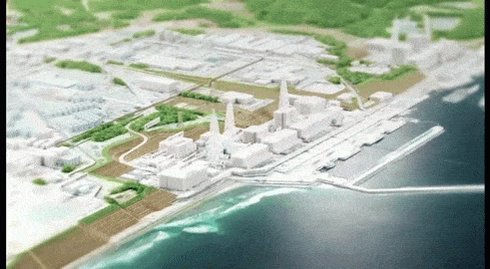 TEPCO has been repeatedly facing criticism for handling of the Fukushima crisis which occurred after a massive earthquake and subsequent tsunami led to a meltdown of reactors at the facility in March 2011.

The company has admitted that it did not act properly during the disaster, confessing in February that it announced the nuclear meltdowns far too late. It also stated in a 2012 report that it downplayed safety risks caused by the incident, out of fear that additional measures would lead to a shutdown of the plant and further fuel public anxiety and anti-nuclear campaigns.

Despite the ongoing problems encountered following the meltdowns, TEPCO has set 2020 as the goal for ending the plant’s water problem – an aim which critics say is far too optimistic. The problem of water contamination is just one of many surrounding the dismantling and containing of the Fukushima plant debris which is estimated to take at least 40 years.