Why Is This Important?

Because you need to know how many people you actually have to buy birthday gifts for.

Only half of perceived friendships are actually mutual, a new study shows.

Consider this: friendship has become a commodity. How many people follow you on Instagram, how many friends you have on Facebook, and who you trade witty remarks with on Twitter equates to social capital. Having a higher number of social media followers has become a status symbol more powerful than any new tech gadget or rare Pokemon Go. But what about real life?

In a study by MIT that analysed friendship ties in 84 subjects aged 23 to 38, researchers found that while 94 percent of the subjects expected their feelings to be reciprocated, only 53 percent of them actually were.

The subjects were asked to rank how close they were with each person in the class on a scale of 0 to 5, where 0 means “I do not know this person,” 3 means “Friend,” and 5 means “One of my best friends.” Again, only 53 percent of subjects were on the same page when it came to rating their friendship.

One of the team, computational social science researcher Alex Pentland, suggests that this inability to read people is largely due to us desperately trying to maintain a favourable self image. Our ‘more the merrier’ attitudes on social media have somehow translated into a loosening of the definition of friendship in real life.

The study is of course limited because of its tiny sample size, but as Kate Murphy reports for The New York Times, the results are consistent with data from several other friendship studies from the past decade, comprising more than 92,000 subjects, that put reciprocity rates at 34 to 53 percent.

Psychologists and anthropologists have maintained for years that there is a limit to the number of friendships humans can realistically maintain. In his book, How Many Friends Does One Person Need, Robin Dunbar argues that you can only keep friendships with about 150 people at any given time.

But before you start questioning all your relationships, don’t despair: if you cut your friends by half and end up with five mates who really do love you back, you’re exactly where you’re supposed to be, according to Dunbar.

Now is your chance to stop feeling so much pressure to hang out with everyone all the time – and instead just stay loyal to those who reciprocate.

While many may not have been aware that a debate was raging among the scientific community as to whether sex was better when drunk or high, researchers at New York University have finally figured it out.

Through a series of in-depth interviews with 24 heterosexual adults, Joseph Palamar and his team found that having sex while high was better on a number of fronts.

Firstly, “beer goggles” do in fact impact your choice of sexual partner. Not only that, respondents “overwhelmingly”reported their standards were lowered when drinking alcohol, whereas when smoking marijuana, this wasn’t an issue.

“With weed I know who I’m waking up with. With drinking, you don’t know. Once you start drinking, everybody looks good,”one female respondent told researchers.

Drunken sex also generated negative feelings for many respondents, who were left feeling ashamed, embarrassed or just a general sense of regret, something which was “rarely reported” with marijuana users, the study in the July issue of the journal Archives of Sexual Behaviour says.

“I want to cook the person something to eat [after sex] when I’m high,” one male respondent said.

Those under the influence of alcohol during sex also reported that they would often feel sick or dizzy, as well as being more likely to blackout and forget who they were with.

Similarly, participants said they would often find themselves distracted having sex while high, with one female even telling researchers that “you start thinking sex is weird.”

Palmer also found that being high or drunk during sex can impact how much pleasure you feel. “Alcohol tended to numb sensations and marijuana tended to enhance sensations,” the study says, based on feedback received from respondents.

Sex while high was found to be “involve more sensuality than alcohol,” and both men and women reported “intensified” orgasms during sex with one female respondent claiming hers were “magnified at least by five times.”

Overall, respondents admitted that alcohol led them to be engage in riskier behavior when it comes to sex resulting in poorer judgments being made and whether they used protection.

On the other end of the scale, one participant admitted that “marijuana use decreased his likelihood of engaging in risk behavior because while high he was too paranoid to give in.”

From bedtime aromatherapy to pre-sleep yoga, our Sleep Sanctuary series shares some top tips to help you get a good night’s sleep.

In this video, we show you how to utilise the 4-7-8 breathing technique. Pioneered by the US sleep expert Dr Andrew Weil, the technique works by calming the mind and relaxing the muscles, aiding a peaceful sleep.

The final episode of Sleep Sanctuary will focus on pillow placement, while previous episodes in this series have shared some simple aromatherapy tips, explored bedtime meditation and shown you how to utilise sleep and relaxation pressure points.

I haven’t been to find a proper rain stick since Natural Wonders went out of business. RIP. 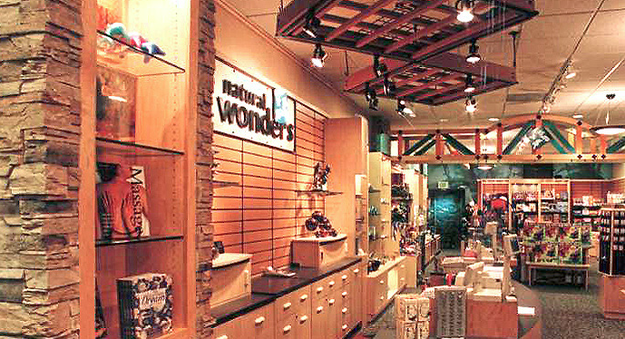 What you bought there: Pure Moods CDs, rain sticks, those eagles that balance on your finger, geodes, and other random rocks.

Who shopped there: Primarily 13-year-olds and women in their fifties. 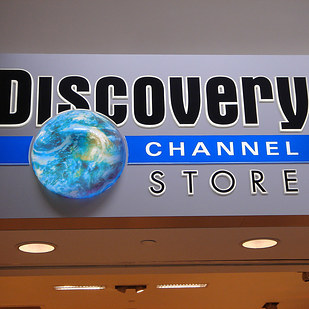 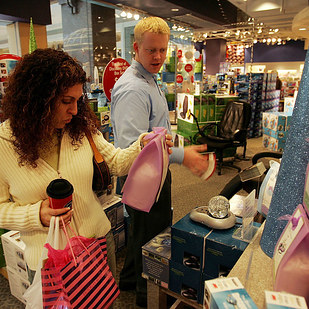 What you bought there: Those mini-planetariums, glow-in-the-dark stars you put on your ceiling, and gross space food.

Who shopped there: Earthy middle-aged women and tweens.

Random fact: In 1996, Discovery bought the Nature Company store and turned them into Discovery Channel Stores. The store closed into 2007 because Discovery was losing $30 million a year. 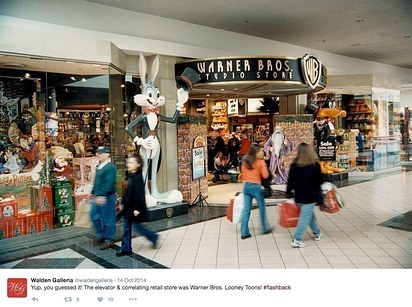 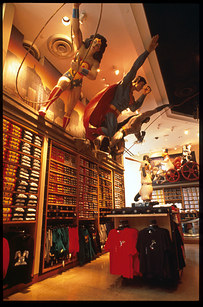 What you bought there: Looney Tunes and D.C. swag that you thought made you cool.

Who shopped there: People who were too cool for the Disney Store.

Random fact: Time Warner closed all the stores down when the economy started to go bad in 2001. 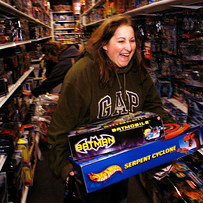 What you bought there: Gak, Skip-Its, action figures, and Barbies.

Who shopped there: Literally children and their sad parents who got dragged in.

Random fact: KB Toys started in the 1920s by the Kaufman Brothers (get it, KB) as a wholesale candy business. They changed from candy to toys in the 1940s because of shortages during the war. 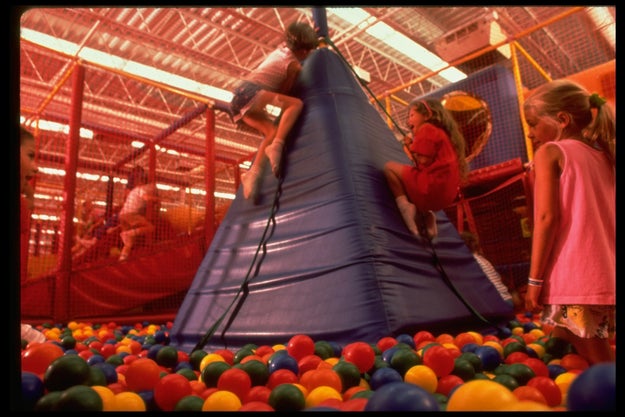 What you bought there: Junk with arcade tickets.

Who shopped there: Screaming 11-year-olds and their poor parents who had to watch out for them.

Random fact: Dee Zees were worldwide. At one time, they had locations in London, Madrid, and Paris. I pity the child who didn’t go to a birthday party here. 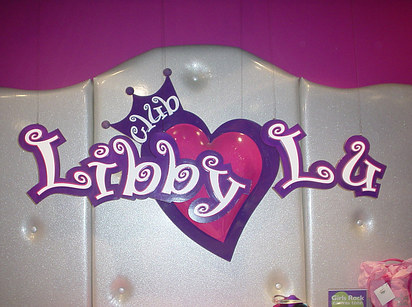 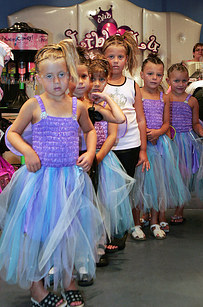 What you bought there: Tutus and glitter, I think.

Who shopped there: 7-year-olds who had birthday parties there. Everyone else in the mall just walked by quickly because of the large groups of 7-year-old girls.

Random fact: This isn’t a fact, this is how Club Libby Lu described their services:
“At the party, girls arrive at the Club. They are all greeted by a fairy and make a wish on her fairy dust. Each girl then creates her own secret Club name. Then their Libby Dus™ comes true. After dressing up and playing games, they visit our Goodie Shop and make their own Goodie Bags. Singing and Dancing, all the girls celebrate the guest of honor.” *SHIVERS* 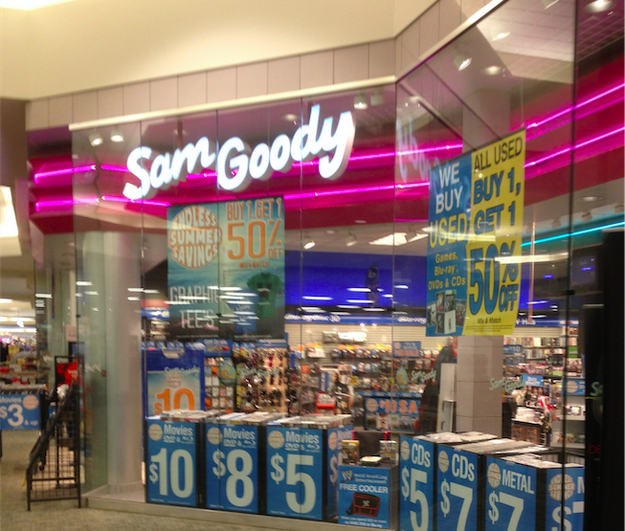 What you bought there: Overpriced CDs and blank VHS tapes.

Who shopped there: People who didn’t care that their CDs were way, way overpriced.

Random fact: Sam Goody (the man whom the record store is named after) started selling records after someone came into his toy business asking for records. 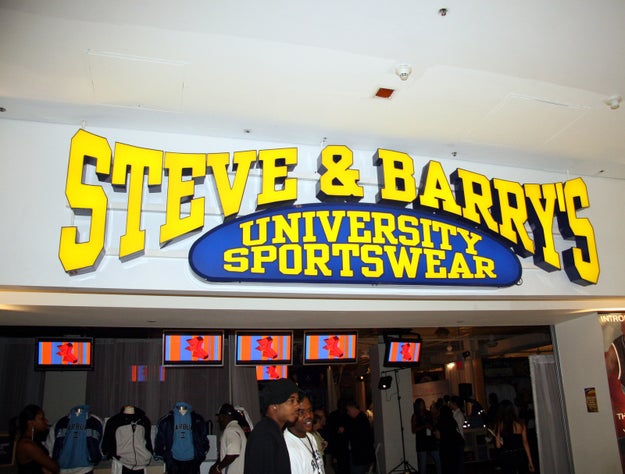 What you bought there: Eerily cheap sportswear.

Who shopped there: Ninth-graders.

Random fact: In 2007, Amanda Bynes had a fashion line called “Dear” available for sale only at Steve & Barry’s. Sarah Jessica Parker had a line called “Bitten” only available at S&B too. 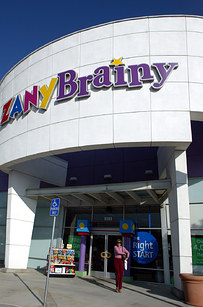 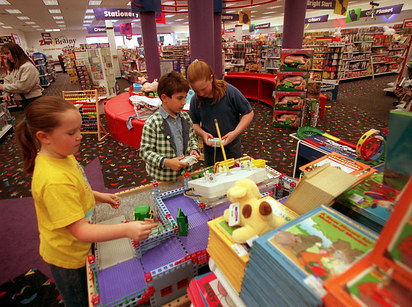 What you bought there: Boring learning games and shitty fake Legos.

Who shopped there: Overachievers.

Random fact: According to the WSJ: “Zany Brainy was part of a wave of hands-on, kid-friendly stores that focused on nonviolent educational toys such as bridge-building kits and ant farms.” Fun. 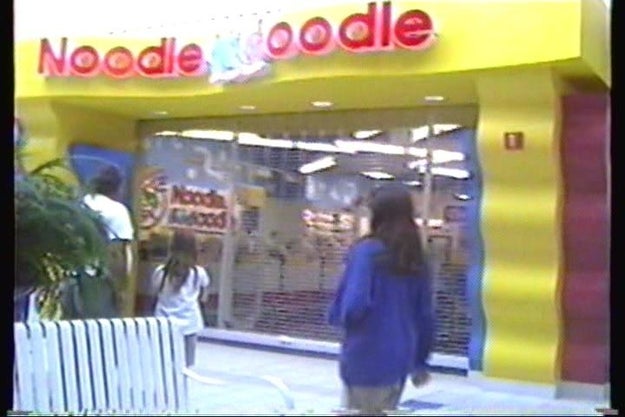 What you bought there: Boring learning games.

Who shopped there: Parents who wanted their kids to be overachievers. 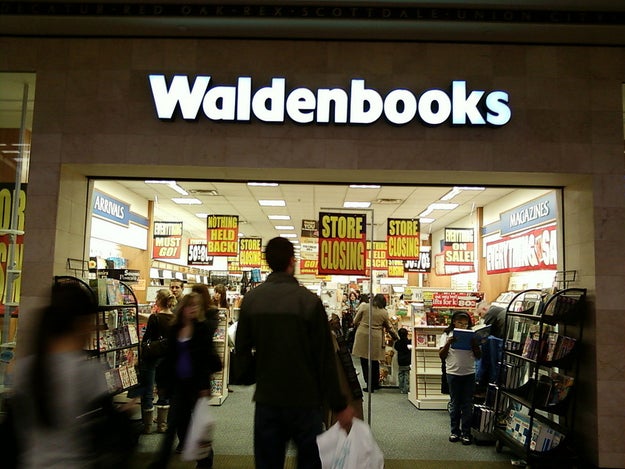 What you bought there: Books and magazines, LOL duh.

Who shopped there: Old people, I think. And random kids who would read comics for free there, or look at nudie “art” books.

Random fact: In the 1980s it was the world’s largest bookseller. In the ’90s it would be overtaken by Barnes & Noble. 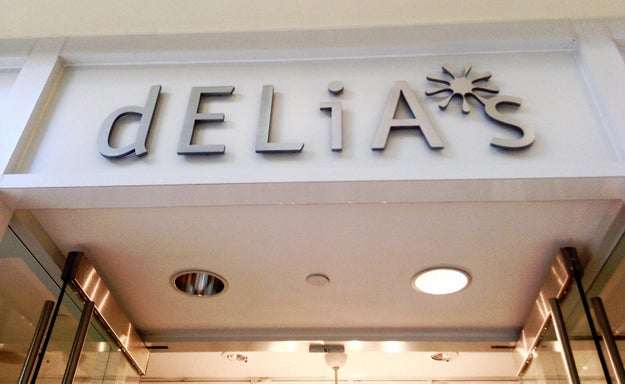 What you bought there: Halter tops, spaghetti strap tanks, and little T-shirts.

Who shopped there: “Every cool girl”… according to my co-worker Lauren. 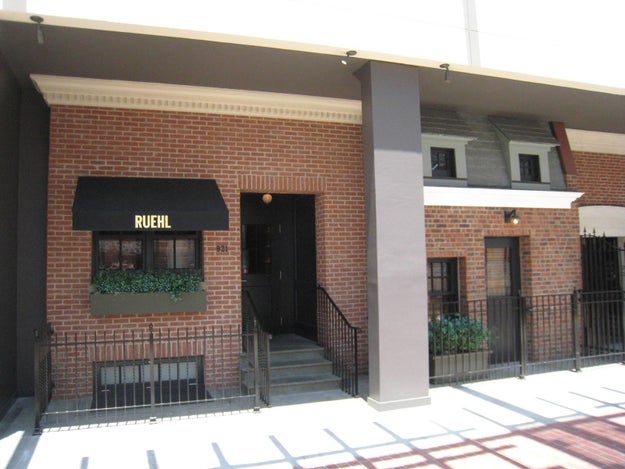 Who shopped there: Literally the same people who shopped at A&F and who were willing to pay even MORE for the clothes.

Random fact: It targeted older customers who still wanted to buy A&F clothing (but didn’t want to shop at A&F). The store was also owned by A&F. 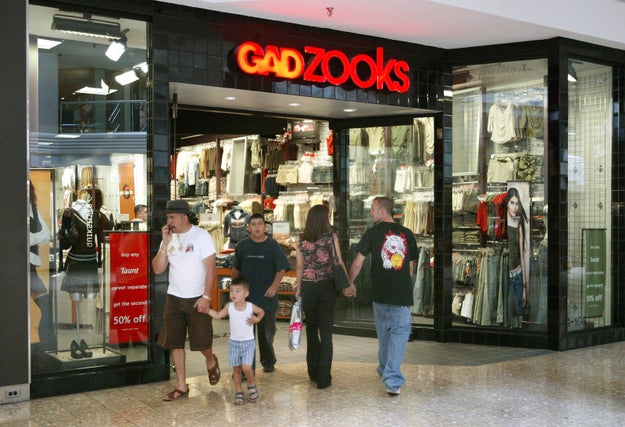 What you bought there: Mainly your all-too-important back-to-school outfits and random “funny” T-shirts.

Who shopped there: Cool teens that were into fashion.

Random fact: The chain went bankrupt and was bought out by Forever 21 — whothen closed all the locations 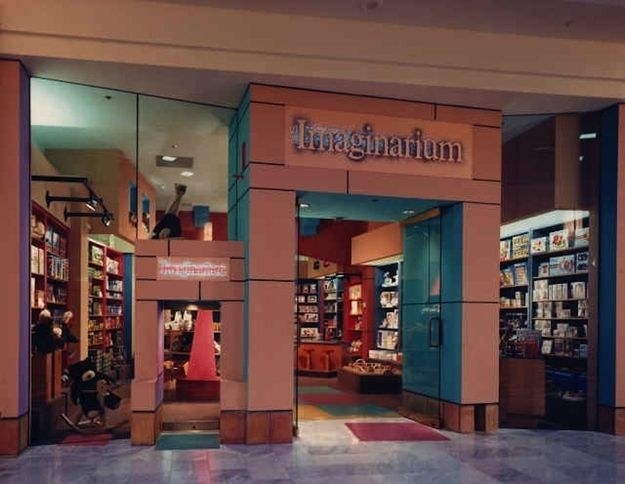 Who shopped there: Kids whose parents were pretentious and against traditional toys.

Random fact: It started in Spain and there are still stores open in Europe. 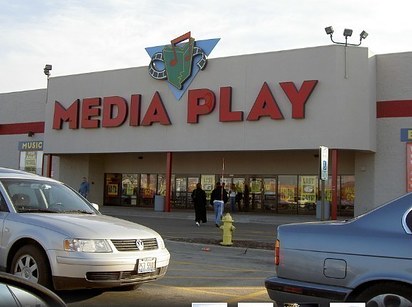 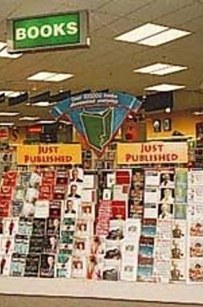 What you bought there: CDs, cassettes, and probably your Discman.

Who shopped there: Teens and old people. Like, your grandparents who brought you there.

Random fact: Media Play opened in 1992 by the same company who owned Sam Goody and Suncoast Motion Picture Company stores. It was basically a big-box version of those places. It closed in early 2006 (probably) because of the internet. 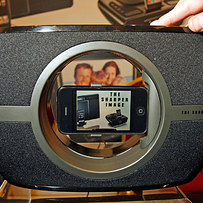 What you bought there: Nothing. You just sat in the massage chairs. That’s why it went out of business.

Who shopped there: Rich people who didn’t know what to waste their money on and people who were obsessed with air purifiers.

Most  conventional tea brands  such as  Lipton, Allegro, Celestial Seasonings, Tazo, Teavana, Bigelow, Republic of Tea, Twinings, Yogi, Tea Forte, Mighty Leaf, Trader Joe’s, Tetley  contain really high levels of toxic substances such as fluoride and pesticides. We are not talking about calcium fluoride which is a natural element, but about the synthetic fluoride which is a toxic by product.  These levels are dangerously high to the point of being considered unsafe. So drinking cheap tea can be as bad as eating junk food.

Most teas are not washed before being dried, thus non-organic teas  contain pesticide residues. Some tea brands (even those claimed organic or pesticide free!) have recently been found to contain pesticides that are known carcinogens – in quantities above the US and EU limits!

A new study published in the journal of, Food Research International, found that cheaper blends contain enough fluoride to put people under the risk of many illnesses such as bone tooth, kidney problems and even cancer.

In fact,  some brands of cheap tea contain nearly 7 parts per million (ppm) and the allowed level of fluoride  is 4 ppm. This is quite scary since fluoride gets into your bones and accumulates in your body. It stays there for years.