Amid the beeping of heart monitors, a more gentle noise can be heard on the wards of Great Ormond Street Hospital.

The soft voice of musician Nick Pickett and the strumming of his guitar are entertaining the young patients in Bear Ward.

All the children here are under three years old. Some are facing the long wait for a heart transplant and are being kept alive by the rhythmic beating of a mechanical heart.

Sam Wallace’s bed is surrounded by balloons, toys and other reminders of home. His grandmother, Viv Green, says the music has a transformative effect.

Three-year-old Keira has been in hospital since the middle of June with heart failure.

She needs a Berlin mechanical heart, which helps her own heart pump blood around the body.

Her father Ian says the music makes a “big difference.

“It gives them a lift with the musical instruments, just to take their mind off where they are and the conditions they have.

“It perks her day up so it makes her feel wanted in a respect, so it does leave a lasting impression.”

“It just makes him happy. He will sing and dance. He loves to dance, he moves with the music as soon as he hears it and it just brightens him up completely – he’s a different boy.”

But is the bedside entertainment having a clinical benefit on children such as Sam? Can a rendition of Twinkle Twinkle Little Star actually help patients?

A team at the hospital and University of Roehampton tried to find out.

The impact of the music was compared with storytelling or just leaving a child alone.

The researchers discovered, as they show in the journal Nature Photonics, that it is possible to distinguish aggregations of the proteins, believed to cause the diseases, from the the well-functioning proteins in the body by using multi-photon laser technique.

“Nobody has talked about using only light to treat these diseases until now. This is a totally new approach and we believe that this might become a breakthrough in the research of diseases such as Alzheimer’s, Parkinson’s and Creutzfeldt-Jakob disease. We have found a totally new way of discovering these structures using just laser light“, says Piotr Hanczyc at Chalmers University of Technology.

If the protein aggregates are removed, the disease is in principle cured. The problem until now has been to detect and remove the aggregates.

The researchers now harbor high hopes that photo acoustic therapy, which is already used for tomography, may be used to remove the malfunctioning proteins. Today amyloid protein aggregates are treated with chemicals, both for detection as well as removal. These chemicals are highly toxic and harmful for those treated.

With multi photon laser the chemical treatment would be unnecessary. Nor would surgery be necessary for removing of aggregates. Due to this discovery it might, thus, be possible to remove the harmful protein without touching the surrounding tissue.

These diseases arise when amyloid beta protein are aggregated in large doses so they start to inhibit proper cellular processes.

Different proteins create different kinds of amyloids, but they generally have the same structure. This makes them different from the well-functioning proteins in the body, which can now be shown by multi photon laser technique.

The humble spice turmeric, in doses available for pennies a day, has been found to reduce one of the most devastating side effects of radiation treatment for head and neck cancer.

Each year, 60,000 patients are diagnosed with ‘head and neck cancer,’ which includes cancer of the mouth, tongue, pharynx, larynx, oral cavity, and thyroid.[i] Sadly, within the conventional medical model, radiation therapy is the ‘standard of care’ for this type of cancer, which involves the use of up to 50-70 Grays of radiation over a 5-7 week period.  To put this dose into perspective, a whole-body exposure to 8 Grays of high-energy radiation in a single dose has a 100% mortality rate within two weeks.[ii] This is a major (if not the primary) reason why radiation oncologists use ‘fractionation,’ breaking the total dose up into smaller fractions over time (1.8-2 Grays per day), in order to prevent the rapid death of the patient from acute radiation poisoning.

The primary adverse symptoms experienced by post-radiation treatment survivors is known as ‘oral mucositis,’ involving tissue destruction and functional problems in the oral cavity, which is painful, affects nutrition, contributes to local and systemic infections and greatly reduces the quality of life.[iii]  There are other lesser known and potentially more lethal problems associated with radiotherapy, not the least of which is its ability to transform non-tumorigenic cancer cells into tumor-initiating ones (exhibiting cancer stem cell-like properties), but the medical establishment rarely if ever touches upon these downstream effects, many of which can not easily be linked to the treatment, or are conveniently written off as being caused by the recurrence of “treatment-resistant” cancer and not the inherent carcinogenicity of radiotherapy itself.

While in many ways the treatment of head and neck cancer through solely conventional means is tragic today, the medical establishment is beginning to wake up to the utility of natural compounds in at least reducing or preventing unnecessary harm caused by the use of chemotherapy and radiation. There is no denying that a massive body of research has now accumulated showing that spices as common as turmeric are capable of both increasing the effectiveness of conventional treatment while at the same time reducing the collateral damage to the patient caused by them. [Read: Integrative Cancer Research: Surviving Chemo & Radiation for more information]. From the perspective of a patient faced with the inevitable side effects of radiotherapy, it is clearly unethical for practicing physicians to ignore, or worse, deny the evidence that better outcomes are available using an integrative approach. 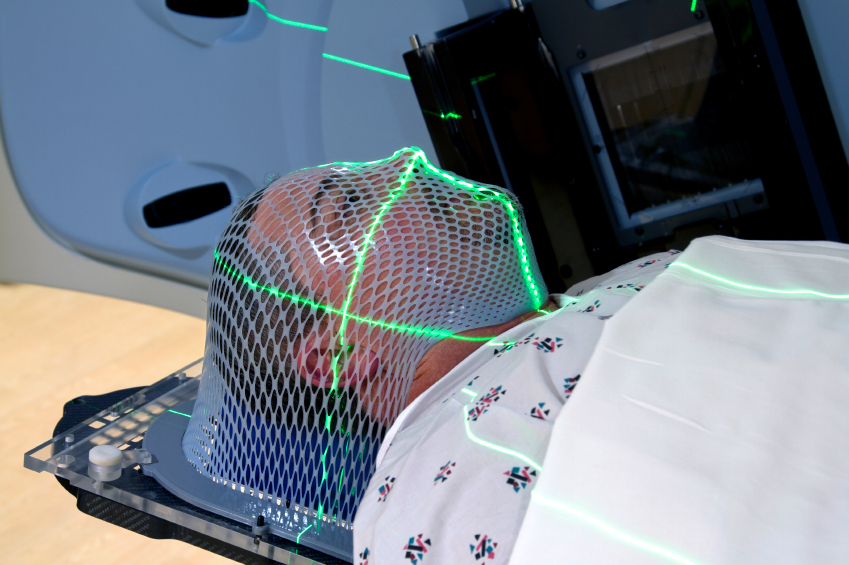 All the more reason why a new study published in the journal Integrative Cancer Therapies, should move the oncology community closer in this direction. Titled,”The Indian Spice Turmeric Delays and Mitigates Radiation-Induced Oral Mucositis in Patients Undergoing Treatment for Head and Neck Cancer: An Investigational Study,”[iv] researchers evaluated the efficacy of turmeric in preventing radiation-induced mucositis.

In the single-blinded, randomized, controlled clinical trial conducted with head and neck cancer patients requiring 70 Gray of radiation or chemoradiotherapy (daily radiotherapy plus carboplatin once a week), 80 eligible patients were randomly assigned to receive either turmeric gargle (40) or povidone-iodine (40) during chemo/radiotherapy during the period of treatment.

The study produced the following results:

“This study clearly suggests that when compared with the cohorts using povidone-iodine gargle, the group using turmeric as a mouthwash had delayed and reduced the levels of radiation-induced oral mucositis and was statistically significant at all time points ( : < 0.001 to : < 0.0001). Additionally, the cohorts using turmeric had decreased intolerable mucositis ( : < 0.001) and lesser incidence of treatment breaks in the first half of the treatment schedule before 4 weeks ( : < 0.01) and reduced change in body weight ( : < 0.001).”

While this study focused primarily on turmeric’s ability to reduce the side effects of conventional treatment, and not the intrinsic anti-cancer properties of the spice itself, there is a good amount research indicating that turmeric is one of Nature’s most powerful, affordable, safest and easily accessible anti-cancer agent.  For a review of the literature we have accumulated on its health benefits read: 600 Reasons Why Turmeric May Be The World’s Most Important Herb. With over 1500 studies indicating its health value, many of which focusing on turmeric’s (and its primary polyphenol curcumin) ability to kill over 100 different types of cancer cell lines, it is no surprise to find research on its ability to kill head and neck cancer:

We can only hope that the growing body of experimental, preclinical and clinical support for the use of natural substances in cancer treatment will break throw into the practice of so-called ‘evidence-based’ medicine. It would seem that given its self-definition, modern medicine has an obligation to do exactly that; especially when the result will be the reduction of human suffering.